The airstrike, which was an order from US President Donald Trump, has since heightened tensions in the region. 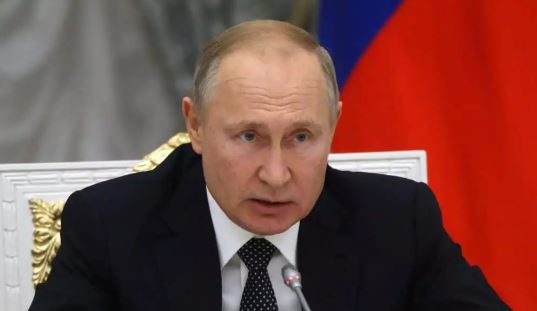 Russian President Vladmir Putin has warned that a full-scale war in the Middle East would be a “catastrophe for the whole world.”

Putin issued the warning in the wake of rising tensions between the US and Iran and the potential of World War 3.

For Putin, any large-scale militarisation of the Middle East between opposing forces is setting the stage for a global disaster.

Putin noted that “large-scale military conflicts” would be a “catastrophe not only for the region, the Middle East, but for the whole world” that would ultimately lead to “new flows of migrants” to Europe and other regions.

The Russian leader explained that the immensity of the conflict would likely cause “huge damage to the global economy”.

He gave the warnings during talks with German Chancellor, Angela Merkel, in Moscow.

Recall that Qassem Soleimani, who was the Commander of the Quds Force of Iran’s Islamic Revolution Guards Corps, was killed in a US airstrike on his convoy at Baghdad airport last week rising the tension of another World War.

The airstrike, which was an order from US President Donald Trump, has since heightened tensions in the region.