Iran 'Arrests' Person Who Filmed The Ukrainian Plane Being Shot Down


Iran has claimed that the person who filmed the Ukrainian plane being shot down has been arrested. 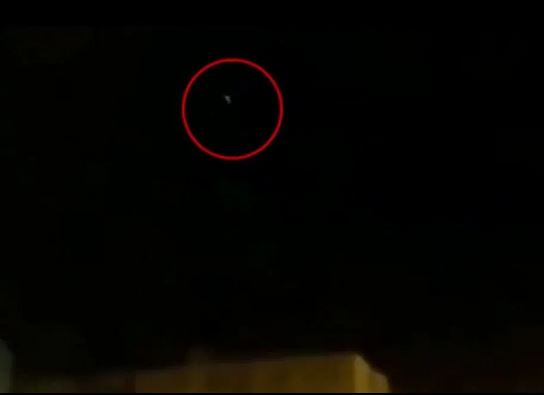 The video shows a missile streaking across the night sky

Iran says it has arrested the person who filmed a plane being shot down by its missiles – as the president says Iranian troops must apologise for the disaster.

The Ukrainian passenger jet was blown out of the sky near Tehran by mistake last week after air defence troops mistook it for a US rocket.

The country initially denied having anything to do with the crash, which it blamed on “technical problems”.

But it was eventually forced to admit its error in the face of growing evidence – including social media footage of the missiles striking the jet.

And Tehran has now announced it has arrested the local resident who recorded the bombshell clip, BBC reports.

The detainee – picked up by Iran's fanatical Revolutionary Guards – will now face charges related to “national security”, it is believed.

But an Iranian journalist based in London who shared the footage on Twitter has insisted his source is safe – and that Iran has the wrong person.

Nariman Gharib said: “They have arrested the WRONG person regarding the #Flight752 In Iran.

“The person who is a source of the video is SAFE and I can assure you [the Revolutionary Guards] are orchestrating another lie.

“They killed 176 passengers on a commercial plane. That’s the real story here.”