A woman has been sentenced to 25 years in prison for killing her husband with eye drops. 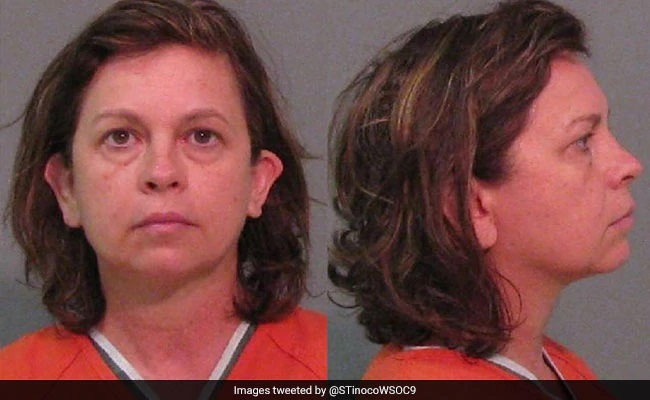 Lana Sue Clayton
A South Carolina woman pleaded guilty to fatally poisoning her husband by putting eye drops into his water for days. She was sentenced to 25 years in prison.
Lana Sue Clayton, 53, pleaded guilty Thursday to voluntary manslaughter and tampering with a food or drug, news outlets reported.
York County detectives said Lana Clayton admitted to giving her husband Steven Clayton drinks laced with Visine. She poisoned him with Visine for three days in July 2018 before the poison eventually caused his death, prosecutors said.
Lana Clayton said her husband was abusive and she didn’t mean to kill him.
“I did impulsively put the Visine in Steven’s drink, but I just did it to make him uncomfortable...” Lana Clayton said in court. “I never thought it would kill him.”
She was originally charged with murder but accepted a plea deal.
Her lawyers in court said Lana Clayton was a good person having worked as a Veterans Affairs nurse in Charlotte. They said Lana Clayton was abused as a child, raped on a military base and suffered from post-traumatic stress disorder. She attempted to kill herself during the investigation in August 2018
Court records show the couple lived on property worth more than $1 million and Steven Clayton, 64, has over a $1 million in other assets. He was a retired businessman from Florida.
Lana Clayton knew the Visine would kill her husband and continued to poison him, prosecutors said. They accused her of destroying his will so she could inherit his money.
“How can you maintain you did this to teach him a lesson, when it is obvious from the facts that you let him suffer for three days,” Judge Paul Burch told Clayton in court. “You ignored him.”
AP
Top Stories