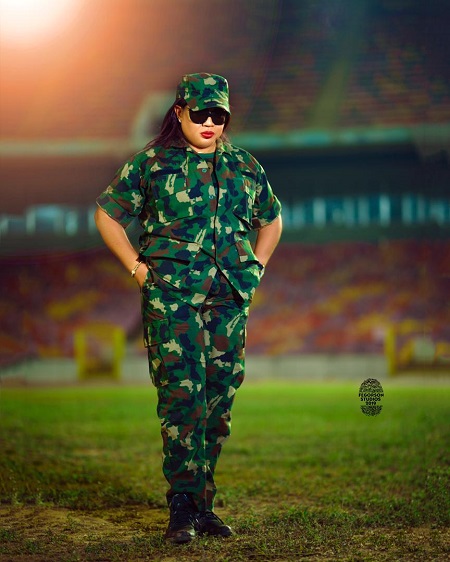 Actress Rita Daniels, a renowned Nigerian Actress, movie producer, iconic humanitarian and Mother to celebrity billionaire Nollywood superstar, actress Regina Daniels Nwoko, has been unveiled and decorated as a Nigeria Defense Military Ambassador. She was unveiled during the Defence Headquarters Tribute To Our Troops; The Unsung Heroes Concert, held on 11th of January 2020 in Abuja.

She was decorated, revealed and divulged alongside other reputable and distinguished personalities and celebrities at the well attended concert which was organized as a tribute to personnels of the armed forces who have stood and are still standing to preserve, secure and maintain peace and unity in Nigeria.

The unsung Heroes Concert was filled with lots of entertaining presentations, lively interactions and witnessed the performance of several artists, comedians DJs and humorous MCs also recorded a visit to the Maiduguri Theatre Command to visit military personnels who are at the frontlines of the boko haram terror.

Joined by Rita Daniels and other Celebrities, the Team of Tribute to our Troops; the Unsung Heroes Concert visited the military troops at the Maiduguri base to encourage military personnel, draw civilians close to the military and using celebrities with impressive records as Ambassadorial bridges to the people.

Actress and Producer Rita Daniels told our correspondent that she was impressed and astonished at the commitments made by the military in securing peace and unity for Nigeria. She however appreciated the Nigeria Defence Headquarters for unveiling her as a Defence Military Ambassador. She noted that her ambassadorial position will further promote civilians military relationship, as well as help to improve military participation in social events.

See more photos from the event below: 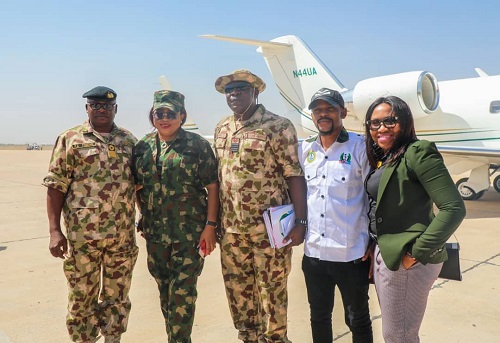 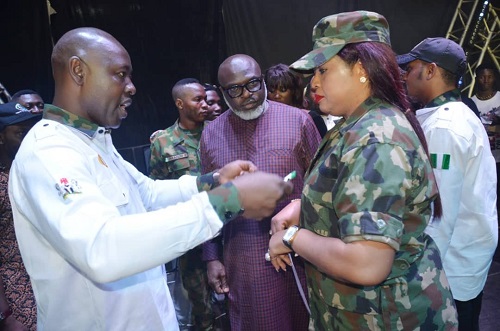 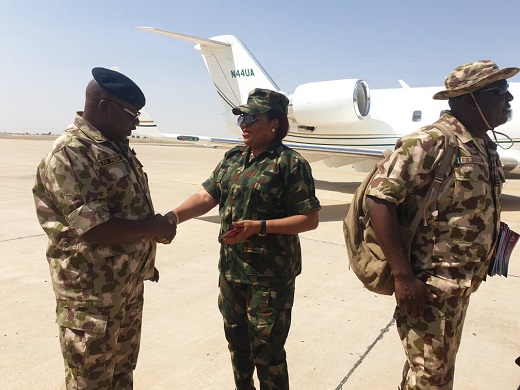 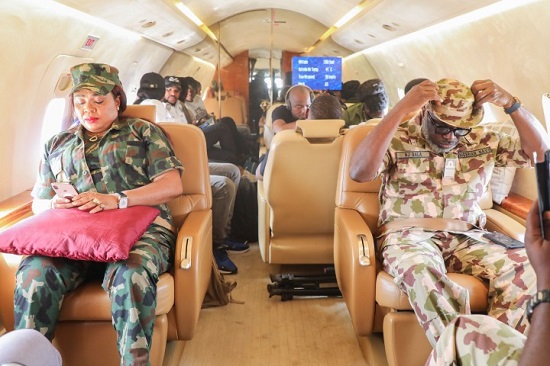