Akpabio said between 2017 and 2019, NDDC spent about N468billions on what they called emergency jobs and roads that have no gutter. 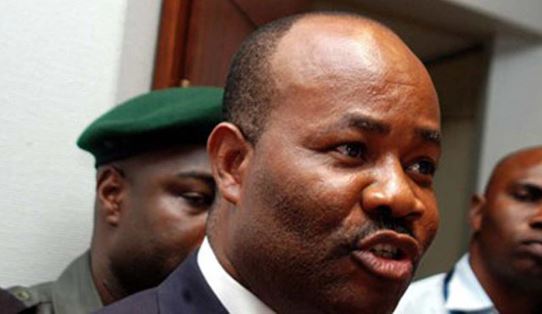 The Minister of Niger Delta Affairs, Dr Godswill Akpabio, has described the Niger Delta Development Commission as a cesspool of corruption.

Akpabio, a former Governor of Akwa Ibom State, stated this during a courtesy call on Governor Ben Ayade of Cross River on Friday.

Akpabio said between 2017 and 2019, NDDC spent about N468billions on what they called emergency jobs and roads that have no gutter.

“NDDC gave out grant for about N4.3billion cash a day to what they call NGOs, 90% of the NGOs are not registered, so forensic audit is very important.

“NDDC existed on rental apartment for 19 years, almost all our structures are in rented apartment, in our headquarters, we paid between N200-300million in a year as rent, the permanent site started some years and we are going to complete and park in April 2020.”

The Minister commended President Buhari for the courage he exhibited in calling for forensic audit of NDDC from 2001-todate, “Every single state governor has opportunity to condemn NDDC activities and we cannot continue this way.”

Akpabio said that the Ministry is in charge of the affairs of Niger Delta Development Commission, “We started our journey yesterday, we are on tour of Niger Delta Region, we have 9 states in Niger Delta and we have divided ourselves in to three, “My Minister of States, Permanent Secretary and I would undergo the tour.

“The intention was to look at the projects already done, the one on going and see what areas we can intervene. The Niger Delta project started in 2008; it was a way to ameliorate the suffering of the people of the Niger Delta region and assist the people and develop the areas.

“We want to partner with you and work with you and support you. We have taken a tour of what we have done, roads project, skill acquisition institute in Akpabuyo and other numerous projects in the states which cut across several local government including Calabar, Akpabuyo, Biase, Yakurr, Bakassi, Ogoja, Ikom to mention but a few.

“For 2019/2020 projects, we will do internal network of roads, skill acquisition institute in Ogoja including East West road which will cost N165billion.”

In his response, Professor Ayade commended the Ministry of Niger Delta for its intervention projects in the state and called for more partnerships between the NDDC and governors in the region.

He said the NDDC spends billions of naira on amnesty but not a single Cross Riverian is part of it despite the fact that militants surrendered their arms and urged the Minister to reverse the fortune of the state in the agency.

He said he does not know about the ongoing projects in the state and as a governor he could deny the NDDC access to his state but urged the minister to block off everything that separates the NDDC from the states.

“Cross River State is the only state in the Niger Delta whose people have dropped guns the Bakassi Strike Force yet not admitted into the amnesty and NDDC spends billions on the amnesty programme and there is no Cross Riverian.

“I am shocked when I hear you reel out all the programmes, activities and projects ongoing in Cross River State and as governor I don’t know about them, I am not aware of these projects. It’s to tell you how isolated the NDDC is from the state governments.

“These projects are not known to us and in other words I as governor under the provisions of the constitution to deny the ministry access to my state, but because you understand the sociology of power, so you must create a new lacuna that will block off every single thing that isolates the ministry from the states”, Professor Ayade said.