Following his decision to relinquish his royal duties, Prince Harry and wife Meghan Markle have been given new titles. 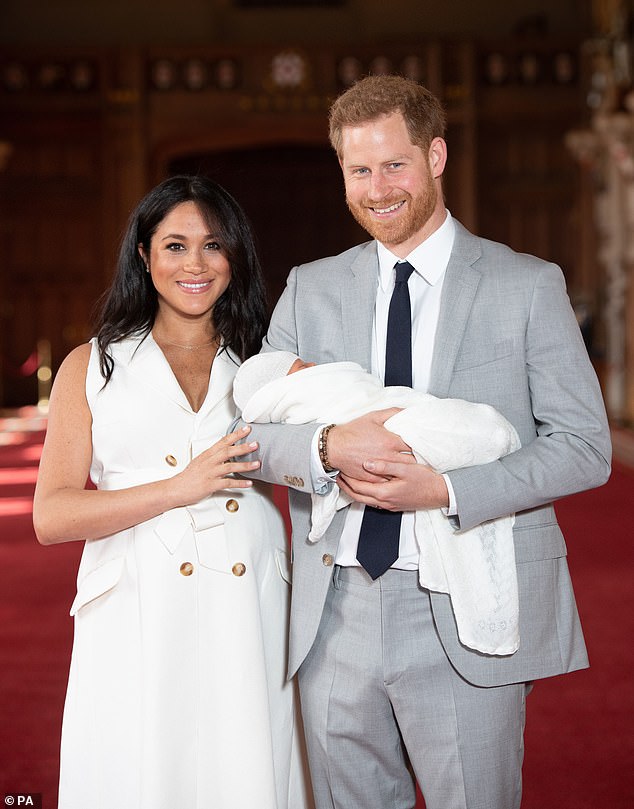 Prince Harry and wife, Meghan Markle alongside their son, Archie
Prince Harry and wife, Meghan Markle will no longer be known by their royal titles - Duke and Duchess of Sussex after deciding to leave the royal family.
According to Dailymail, they will now be known as Harry, Duke of Sussex, and Meghan, Duchess of Sussex, echoing Princess Diana's own royal path 24 years ago.
The announcement marked the conclusion of talks about Harry and Meghan's future as senior members of the family and royal aides.
The move comes after Harry and Meghan made a public statement on their Instagram account last week that they would be stepping down from their duties and moving to North America.
The change to their titles will take effect in the spring and will mean they no longer use HRH.
Buckingham Palace said in a statement on Saturday: 'The Sussexes will not use their HRH titles as they are no longer working members of the Royal Family.'
Princess Diana, Harry's mother, similarly dropped her HRH title 24 years ago.
Diana Spencer had originally gained the title HRH Princess of Wales when she married Prince Charles in 1981.
But following a turbulent relationship she forfeited the HRH title when the couple divorced in 1996.
The Palace said at the time that she had relinquished the title voluntarily and from then on she was instead referred to as Diana, Princess of Wales.
Diana died just one year later and Buckingham Palace began discussions about whether to posthumously restore the HRH to her name.
But officials ultimately decided not to do so as her family said it would have been against her wishes.
Earl Spencer, speaking during Diana's funeral in September 1997, said that she 'needed no royal title to continue to generate her particular brand of magic'.
It is thought that posthumously awarding a former member of the Royal Family the HRH title has never happened before, according to royal historians.
Speaking to the BBC at the time, constitutional historian Lord Blake said: 'It's never been done before - There's no example that I know of. 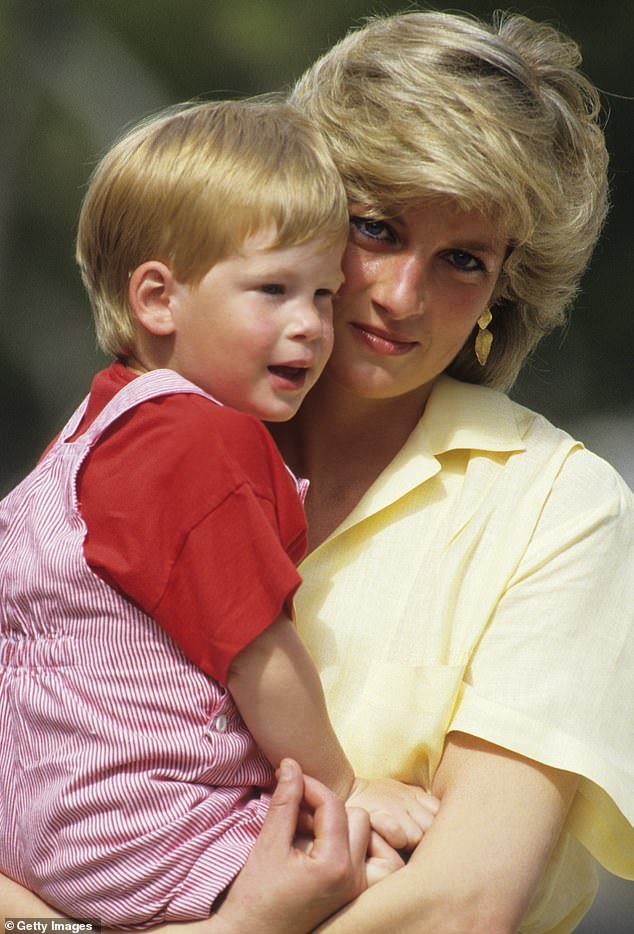 'I'm by no means sure that it would have been entirely wise to do it at this juncture, after all, Princess Diana herself let it be known after the divorce that she did not want to continue as HRH.'
Prince Andrew's ex-wife, who was HRH the Duchess of York, similarly lost her title after the divorce and became known as Sarah, Duchess of York.
Going forward, Harry, who was born a prince of Wales and has been styled HRH since birth, will remain a prince.
He keeps his title of the Duke of Sussex that was given by his grandmother the Queen on the morning of his wedding.
Meghan Markle became HRH the Duchess of Sussex after saying her vows.
Their son, Archie Mountbatten-Windsor, is not an HRH - nor a prince - as he is too far down the line of succession from the monarch.
Harry and Meghan could have used the courtesy title Earl of Dumbarton for him or he was entitled to be Lord Archie Mountbatten-Windsor.
But they took the personal decision to make him a plain Master, most likely inspired by Harry's wish to have been a normal child rather than a prince, as he grew up.
Archie will, however, be entitled to be HRH and a prince when the Prince of Wales accedes to the throne - although it is thought that Harry and Meghan will no longer opt for this.
Top Stories