Woman Storms Into Father's Room, Catches Him Killing Her Mum


Woman catches dad killing her mum but her storming into the room was too little too late. 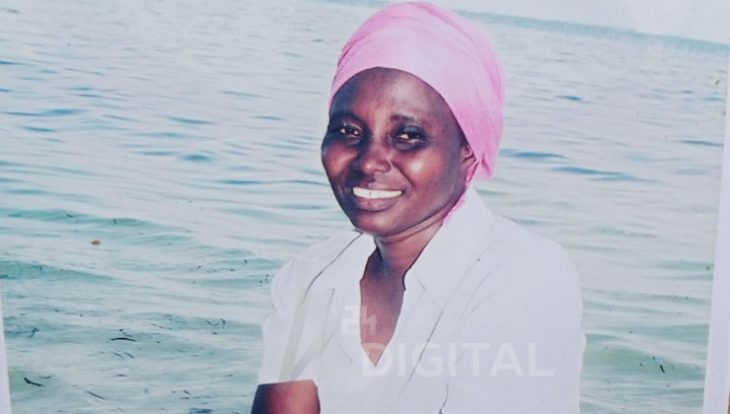 Police in Likoni, Mombasa have launched a hunt for a 44-year-old man who allegedly killed his wife on Friday following a domestic dispute.

Peter Mutisya is alleged to have hacked his wife, Ruth Kaveke, 42, in the head and back at 2am Friday at their Pungu Villa home in Likoni. The reason behind the now-fatal dispute remains unclear.

Police say Mutisya killed Kaveke as their five children slept in their room. However, their mother’s screams woke them up. The couple’s eldest child, a daughter aged 21, rushed to her parents’ bedroom, where she found her mother lying on the bed with blood gushing from her head and back.

The daughter, Mbithe Peter, says her father warned he would harm her if she raised the alarm.

After Mutisya fled the scene, the eldest child burst into loud screams, attracting the attention of neighbours, who rushed to Mutisya’s house and found Kaveke had already died.

The neighbours, thereafter, alerted police, who arrived at the scene and took Kaveke’s body to the Coast Provincial General Hospital morgue.

The couple’s eldest child said her parents had  in the recent past been embroiled in unending marital conflict.