Researchers are seeking 420 couples to test the new male control gel and would get paid N1.4m. 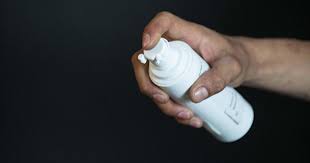 Scientists have developed a male birth control gel and they’re looking for volunteers to test it out.

Researchers at the University of Kansas have developed the gel, and are seeking willing couples to try it.

The clear gel needs to be applied to the man’s shoulders every day for two years, where it’s absorbed into the skin.

Couples will be paid $4,000 (N1.4m) in compensation to try it, although they must be willing to have a baby in case the gel fails.

The gel, called NES/T is expected to be more effective than condoms, but can cause a range of side effects, including acne and weight gain, according to the researchers.

It contains two hormones. The first hormone, progestin, naturally blocks the action of testosterone, keeping the testes from producing sperm.

Meanwhile, the second hormone, testosterone, ensures that the man’s levels are normal, preventing side effects such as low s3x drive, mod changes and erectile dysfunction.

According to the researchers, the gel is 90% effective - roughly 3% more reliable than condoms.

These effects are however reversible within three to four months.

The researchers are seeking 420 couples, including at centres in Edinburgh, Manchester, Los Angeles, Washington, Italy and Sweden.