Dokpesi was called as the first defence witness and led in evidence by his counsel, Mike Ozekhome (SAN). 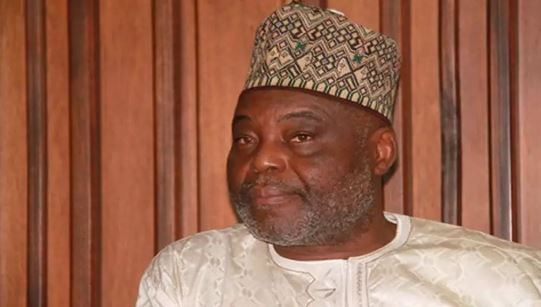 Raymond Dokpesi, founder of DAAR Communications Plc, on Tuesday, at the Federal High Court Abuja, opened his defence in the alleged N2.1 billion fraud charge brought against him by the Economic and Financial Crimes Commission (EFCC).

NAN reports that the EFCC arraigned Dokpesi in 2015, on a seven-count charge, bordering on alleged N2.1 billion fraud, said to be payments received from the office of the former National Security Adviser, Sambo Dasuki.

At the resumed hearing, the prosecuting counsel, Mr Rotimi Jacobs (SAN), informed the court that the matter had been adjourned for Dokpesi to open his defence.

Dokpesi was called as the first defence witness and led in evidence by his counsel, Mike Ozekhome (SAN).

He told the court that he was a marine engineer by training and founder of Daar Investment and Holding, the parent company of Daar Communications.

Dokpesi said that the company which had been in business in the past 32 years for print media and 28 years for electronic media, served governments at all levels, business entities, individuals and corporate organisations.

“All that any of our customer needs to do is reach out to our canvassers through our marketing and sales officers and management to book for airtime on the product they want advertised.

”There is no special treatment, as it is one and the same procedure for everybody; Federal Government, state government or individuals,” he said.

He also told the court that the company had a brochure with advert rates where corporate organisations and individuals could check to pick the package that they were most comfortable with.

Dokpesi’s counsel Ozekhome tendered the brochure as an exhibit and it was admitted in evidence.

When, he, however, sought to tender a receipt issued to Nasarawa State Government by Daar Communications, the prosecutor objected on the grounds that the document was irrelevant to the case.

“The receipts were not issued to the Federal Government and are not related to the sum of the charge which is N2.1 billion.

” All the receipts were issued in 2019, while proceedings in this suit are still pending, contrary to Section 83 of the Evidence Act.”

The judge, Justice John Tsoho, adjourned the matter until Jan. 22 for continuation of trial.