According to the Governor of Enugu State, Ifeanyi Ugwuanyi, the state can survive without allocations from the federal government. 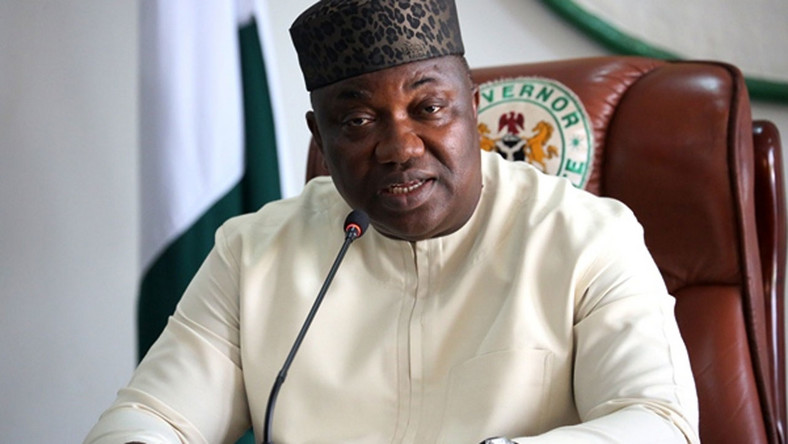 Gov. Ifeanyi Ugwuanyi of Enugu State says his administration can thrive without revenues from the Federal Allocations.

He said that the state could thrive because the Internally Generated Revenue (IGR) of the state had improved.

Ugwuanyi said this on Tuesday in Enugu during the launch and public presentation of the Revised Enugu State Business Agenda (SBA), an initiative of the Enugu Coalition of Business and Professional Association (ECOBPA).

The governor, who was represented by Secretary to the State Government, Prof. Simon Ortuanya, said that his administration had implemented reforms to increase the state IGR.

The governor said that the narrative of the state as a core civil service domain had been changed to include a state that was renowned for business.

He said that the state was only behind Lagos State in IGR, adding that the administration had blocked all revenue leakages.

“Our state is currently the only one in the country that survive without Federal Allocations. We pay our workers and pensioners as and when due,” he said.

Ugwuanyi said that he had the desire to make investors comfortable in the state by providing the enabling environment.

On incidences of multiple taxation, the governor said the state government had addressed it.

He however, said that the state government was not unmindful of some touts that go about extorting money from business owners, adding that such people do not have the mandate to that.

He said that the state government had a unified accounting system with a central revenue account.

Ugwuanyi said that the administration had taken the security of lives and property to the next level to ensure that businesses thrived.

Presenting the policy brief, the Consultant, Centre for International Private Enterprises (CIPE), Mr Mathew Kalu, said that there was great need for economic reforms in the state.

Kalu, who decried the high rate of IGR and rent in the state, said that revenue generation needed not to be at the expense of businesses.

The consultant said that the issue had impugned on the development and growth of businesses in the state.

He said that granted that the state had made progress in the World Bank Index of Ease of Doing Business, but a lot still needed to be done.

He called for the adoption of a business agenda for important reforms.

“There should be an institutionalised system or forum where the public and private sector players will dialogue and look at issues that are negatively affecting businesses,” Kalu said.

Earlier, the Chairman of ECOBPA, Mr Emeka Udeze, said that the organisation comprised of over 30 different businesses and professional bodies.

Udeze said that the commitment of the association was to partner with the state government to create the enabling environment for businesses to thrive.

The chairman, who is also the President, Enugu Chamber of Commerce, Industry, Mines and Agriculture (ECCIMA) said that the maiden edition of the SBA dealt with eight priority issues that were affecting businesses in the state.

He said that it was gratifying to note that three of such issues had recorded some levels of improvement since the discourse.

“There is no doubt that the implementation of the recommendations of this revised SBA would expand the state economy by attracting more investors,”Udeze said.