A leading member of the Peoples Democratic Party has decamped to the ruling All Progressives Congress in Kano state. 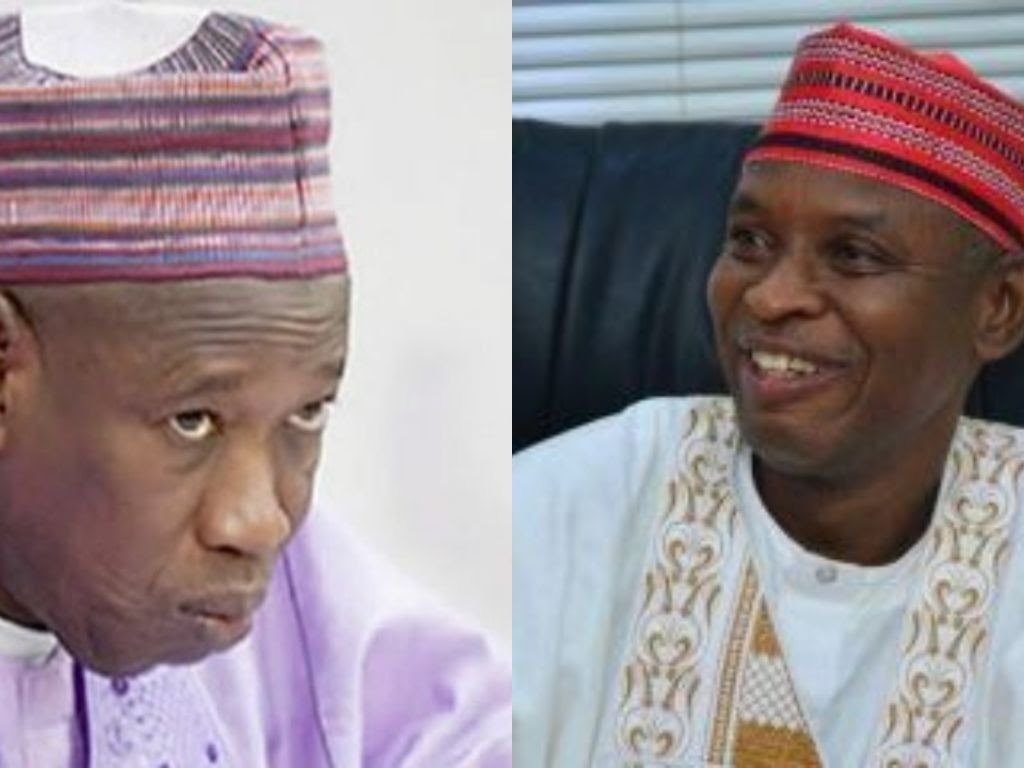 Governor Abdullahi Ganduje and Rabiu Sulaiman Bichi
The Chairman of the Peoples Democratic Party (PDP), in Kano state, Rabiu Sulaiman Bichi, has reportedly dumped the party for the ruling All Progressives Congress (APC).
TheNation revealed that Bichi, who was one of the closest and a kitchen cabinet member of Senator Rabiu Kwankwaso and also one- time Secretary to the Kano state government,has decided to abandoned the PDP for APC.
It was also gathered that hundred of Kwankwaso members also followed Bichi to dump the party for ruling APC.
A close ally to Bichi hinted the move to dump the PDP was taken before the judgement of the Supreme Court, affirming Abdullahi Umar Ganduje, victory as Governor.
“The decision of Rabiu Sulaiman Bichi had no link whatsoever to the outcome of the Supreme Court judgement.
“It was purely based on principles and his personal conviction,” said a close political associate who craved for anonymity.
Explaining why Bichi was leaving PDP, the source stated: “In the affairs of Kwankwasiyya, Rabiu Bichi has been lately rendered irrelevant, ostracised and sidelined from the decision-making of the Kwankwasiyya movement. Despite his commitment to the cause, and perceived as a saboteur.”
His departure will further deplete the Kwankwasiyya group with the exit of former deputy governor Hafiz Abubakar; former managing director of NPA, Aminu Dabo and many others before the 2019 general elections due to the alleged highhandedness of the leader of the movement, Senator Rabiu Musa Kwankwaso.
Kwankwaso was accused of singlehandedly picking and imposing his in-law Abba Kabiru Yusuf as the gubernatorial candidate of the party without consultations with stakeholders in the movement.
When contacted, the PDP Secretary in Kano, Shehu Sagagi told our correspondent that though Bichi has indicated interest to decamp from the party in a private forum, he has not officially informed the party about the move.
Efforts to reach Rabiu Sulaiman Bichi or any of his political associates on phone for confirmation were not successful.
None of them picked calls placed to their mobile phones.
However, there are indications that the PDP chairman will be address reporters on Wednesday to announce his defection, barring any last minute change.
Top Stories