Kazeem, who did not object to the divorce, however, denied all the allegations levelled against him. 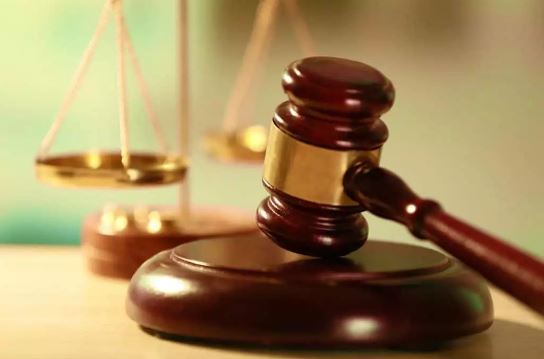 A mother of two, Kafayat Olawoyin, on Wednesday prayed a Mapo Customary Court in Ibadan to dissolve her 14-year-old marriage to her husband, Kazeem, on the grounds of constant fight, violence and threat to life.

NAN reports that Olawoyin, a palm wine seller, who resides in Odo-Oba area of Ibadan, told the court that her husband was troublesome and a wife-beater.

“He comes to my shop to harass and to insult me in front of my customers.

“He beat me up on one occasion and told my neighbours to call my parents to come and pick my corpse.

“I spent seven months in my parents’ house due to the wounds I sustained from the metal he used to hit me.

“He later came to my parent’s house to beg me to return to him after the seventh month.

“Honestly, I am tired of being threatened with acid bath. It is sad to see that all my efforts to make our marriage work have failed.

“The summary of his personality is that he is stubborn and capable of doing anything,” she said.

She, therefore, asked for the custody of their two children.

Kazeem, who did not object to the divorce, however, denied all the allegations levelled against him.

He claimed his wife was promiscuous.

”She comes home late at night. I beat her because of that. In any case, I want my children to be in my custody, and I will be carrying out my responsibilities on them,” he said.

After listening to both parties, the President of the court, Chief Ademola Odunade, said the respondent truly looked like a ”murderer”.

The arbitrator, therefore, served him a seven-day community service for behaving unruly in court.

“You need to be taught a lesson until you come back to your senses for the wayward manner you conducted yourself before me,” he said.

He, thereafter, dissolved the marriage and ordered the custody of the children with the petitioner.

“You are to pay N10,000 monthly as the children’s feeding allowance and be ready to attend to their other welfare needs as they arise,” he said.

The president then ordered the police to go with Kafayat to the respondent’s house to pack her remaining belongings.