He claimed that he had restrained himself so far because he was concluding the recent trade deal with China first. 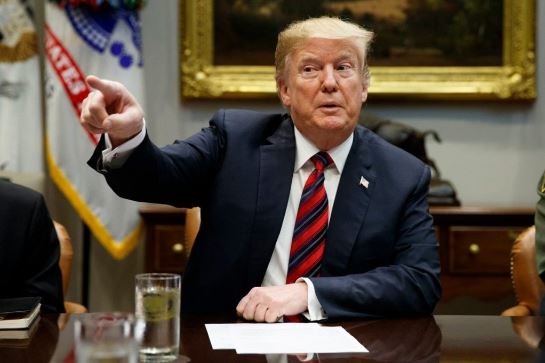 U.S. President Donald Trump on Wednesday warned that the United States will impose painful tariffs on imports from the European Union unless the block agrees to a trade deal.

“Europe has been very, very tough to deal with,’’ Trump told U.S. broadcaster, CNBC at the World Economic Forum summit in the Swiss town of Davos, one day after meeting European Commission President Ursula von der Leyen there.

Trump complained that EU countries have been exporting significantly more into the U.S. than the other way around.

He claimed that he had restrained himself so far because he was concluding the recent trade deal with China first.

“Look, if we don’t get something, we’ll have to take action and the action will be very high tariffs on cars and other things that come into our country,’’ Trump said.

The president added, however, that he believes that the EU will agree to a deal in the end.

“They’re gonna make a deal because they have to,’’ he said.

The U.S. and the EU are major trading partners.

They exchanged almost $1.3 trillion worth of goods and services in 2018.

A report says reaching a trade agreement is expected to be difficult because Brussels wants to exclude its farming sector from such a deal, while Washington seeks to protect its market for public tenders.

The Trump administration already threatened the EU with 25-per-cent tariffs on cars in 2019, without imposing them, NAN reports.

The EU has made clear that it would retaliate in such a case.