It was further gathered that it was when his efforts to secure elongation of service was met with brick walls that he reluctantly handed over on October 21, 2019. 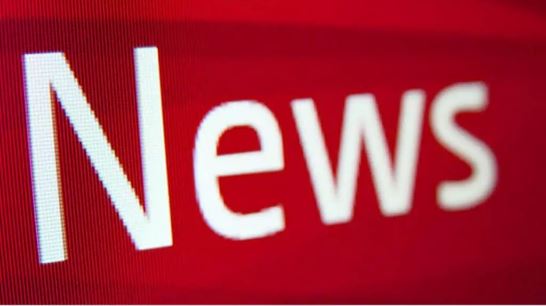 There is tension at the Federal College of Cooperative, Ibadan, over the alleged refusal of the immediate past Provost of the college, Mr Felix Ikechukwu Okafor, to hand over a N19m official car to in his possession to the institution.

DAILY POST gathered from staff of the college that some of them are worried over the refusal of Mr Okafor to had over the keys of the car to the institution four months after his retirement.

It was learnt that Okafor’s original retirement date was September 20, 2019 but instead of him to hand over to the officer next to him, Mr Ahonsi Pious, as directed by the Federal Acting Director of Cooperative, Mr Idris in Abuja, he started lobbying for elongation of service in Abuja.

It was further gathered that it was when his efforts to secure elongation of service was met with brick walls that he reluctantly handed over on October 21, 2019, overstaying his statutory service for 31 days.

Sources within the institution hinted that both the senior and junior staff of the establishment were surprised that Okafor refused to turn in the N19 million official car purchased last year.

Investigation by DAILY POST revealed that it was the illegal elongation of service of Okafor by one month that initially caused schisms in the college while his refusal to handover the official car four months after his retirement has become a popular subject among staff.

It was gathered that the other principal officers of the college who have engaged in an endless waiting game for the return of the official car are afraid to confront the ex-Provost.

DAILY POST further gathered that the embattled ex-Provost had been hiding under the 65-year-age statutory concession being enjoyed by rectors and provosts of federal polytechnics and colleges of education respectively but which is yet to receive the approval of the National Assembly in the case of all the Federal Cooperative colleges across the nation.

Further investigation in the school revealed that the development is capable of distorting the peaceful atmosphere in the college as it has caused acrimony, disaffection and divisions among the staff of the college.

Some members of staff of the college who craved for anonymity pleaded with the National Assembly, Head of Service of the Federation, Federal Director of Cooperative and other relevant agencies to intervene in the current plight of the college with reference to the refusal of the retired provost to handover the official car to the college.

They stated that, “Mr Okafor who was running the college like a sole administrator as there has been no governing council needs to be tutored that his carting away of the N19 million official car belonging to the college is an act of illegality which cannot stand.

“It will interest the authorities in Abuja to know that Okafor had turned the running of the college to a family business as it was his trademark to unilaterally choose signatories along with himself to the college TSA account to the exclusion of the college bursar. This Okafor’s issue should be a litmus test particularly for the House of Representatives Committee on Public Accounts who should demand for documentation that supported the provost’s carting away of the college official vehicle under the guise of retirement”.

Acting Provost of the college, Mr. Sunday Oyeleye confirmed that the Ex-Provost has not returned the vehicle to the institution.

Oyeleye in a telephone conversation with DAILY POST insisted that the institution will invite security agencies to retrieve the vehicle if the Ex-Provost failed to return it after the letter.

DAILY POST, however, gathered that the Ex-Provost has not returned the N19m car as at the time of filing this report on Thursday.

All efforts made by DAILY POST to get the reaction of the Ex-Provost proved abortive. Several calls put through to his mobile telephone lines on Monday were not answered. Similarly, an SMS sent to the Ex-Provost on Monday asking him to react to the allegation has not been replied as at the time of filing this report on Thursday.