Barry is very familiar with Joshua, having been in the opposing corner on March, 2018 when Parker lost his title to Joshua in the United Kingdom. 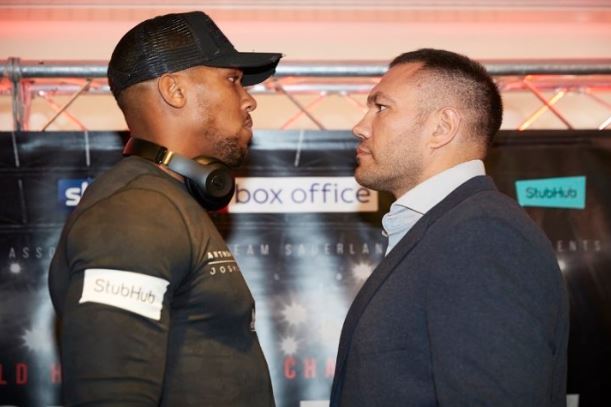 It appears that he will face his IBF mandatory Kubrat Pulev first, and then his WBO mandatory Oleksandr Usyk if he is successful against Pulev.
Kevin Barry, who trains former WBO heavyweight champion Joseph Parker, believes that Joshua won't have any problems against Pulev.

"I think the fight is tailor-made for Joshua - especially after the 12 round boxing display that he put on against Andy Ruiz. I think that Eddie Hearn is looking for a spectacular performance and I think Pulev brings that," Barry told BoxingScene.com.

"Pulev is not a guy with a lot of movement. A guy with not a lot of power. You just have to look at his knockout ratio and a guy that is pretty close to 40 so he ticks a lot of boxes. He is a fighter that they spent a lot of time and energy promoting and marketing to fight Joshua early on his career only for him to pull out with injury so I think it is a great fight for Anthony Joshua. It is a fight that should end with an explosive knockout."

Barry is very familiar with Joshua, having been in the opposing corner on March, 2018 when Parker lost his title to Joshua in the United Kingdom.

Parker returns to the ring on February 29th in Frisco, Texas on the Mikey Garcia-Jessie Vargas undercard that will be streamed live on DAZN. His opponent is expected to be named in the very near future.