The boy who was dubbed the fattest boy in the world has lost a lot of weight and has shown off the transformation. 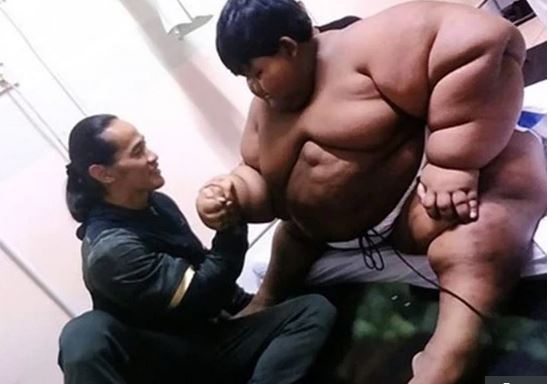 Incredible before and after pictures show the astonishing weight loss transformation of a 13-year-old — once dubbed "the world's fattest boy".

Arya Permana, 13, from West Java, Indonesia, has lost a whopping 17 stone after he made headlines in 2016 after weighing in at an eye-watering 30 stone.

After a mammoth weight loss effort, he revealed how he went from tipping the scales to shedding nearly two-thirds of his body weight.

Under the guidance of Indonesian bodybuilder Ade Rai and a team of health professionals, Arya amazingly shed just over 17 stone.

The Indonesian schoolboy has been hailed as an "inspiration" for posting the before-and-after pictures on Instagram, where he boasts 350,000 followers.

In a video, he is seen working out with his personal trainer to perform squats and lift weights.

The clip shows his unbelievable transformation from going to a tired-looking boy with rolls of fat to a determined teen with defined muscles.

He accompanies his strict training regime with a healthy diet and medical treatment. 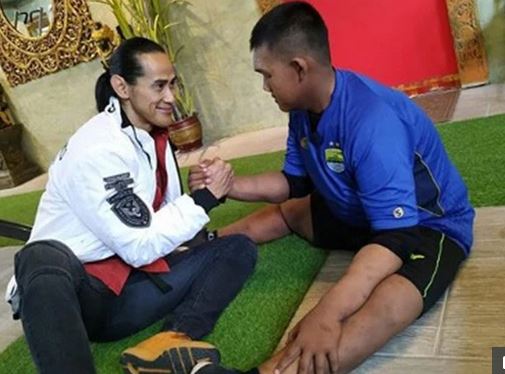 Now 13, he has lost a staggering 17 stone during three years of training

Arya's father Ade Somantri explained how the transformation was because of a simple three-step routine.

"For me, they are all good and supportive of each other."

In order to fight the flab after his dramatic weight loss, Arya will undergo surgery later this year — removing excess skin.

Arya Permana was once so obese he was unable to move from his bed.

Weighing more than 30 stone at the age of ten, the schoolboy was so large he couldn’t walk or play with his friends.

His parents were left in despair as he was missing out on school because it was impossible for him to get there and instead spent his days playing on his phone or sitting in a tiny pool to cool himself down. 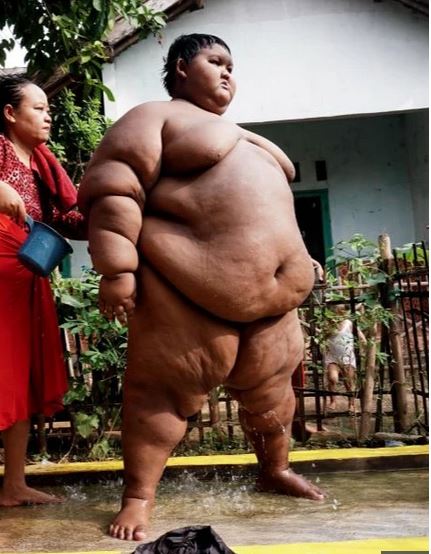 Arya, pictured before much of his weight loss, used to be more than 30 stone

But Arya has managed to turn it around, losing a colossal 17 stone after going on a strict diet and exercise regime.

He now walks to school, plays football and badminton with his pals and even runs for more than a mile every day.

Rokayah said: "We are very happy to see him leading a healthy life — he is very active and in good health.

"His sleep is sound and there is no more worry about respiratory problems.

"He can also walk and play without complaining of shortness of breath."

Arya also underwent surgery in April last year which helped him lose almost three stone in as many weeks.

Ade said: "He cannot eat a lot after the surgery and he can only eat four tablespoons of rice and drinks diet milk — if he eats extra, he throws up.

"He is not allowed to eat sugar and carbs — we are very happy that he is energetic and can play football and badminton.

"He walks and runs for two kilometres (1.25 miles) a day but he might require another round of surgery this year." 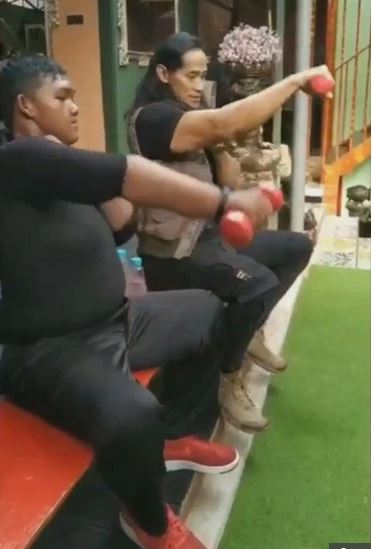 Arya weighed a normal 7lb when he was born, but his weight exploded by the age of two.

He continued to balloon as he got older and his parents appealed for help from doctors after becoming concerned by his appetite.

Rokayah added: "He was always tired and complained of shortness of breath — there is no other pain than seeing one’s own child suffering.

"No mother wants to stop feeding her children, but I had to as I was helpless.

"We had no money to see doctors and had exhausted all our savings in feeding him.

"I am really happy to see my son's health now. I cannot express in words how I happy I am.

"It feels wonderful to see him playing and going to school like normal."