A huge fire has engulfed a 4-storey building in a community in Anambra state, causing quite some stir there. 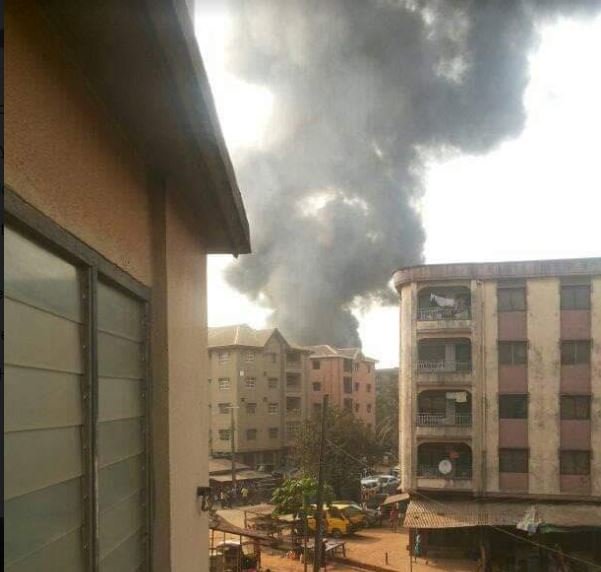 According to The Nation, a four-storey building was on Monday gutted by fire near St. Albert Catholic Church, Odume Layout, Obosi area of Anambra state.

An eye witness who pleaded anonymity alleged that the fire was caused by car engine oil.

She said, “It’s an uncompleted building where people stay to milk engine oil to sell. We were surprised when we saw fire outbreak at the building.”

The woman, whose office is close to the scene of the incident, said men of the Fire Service who were quickly contacted, stormed the scene and put off the fire and left before the fire started again.

“They left thinking they have succeeded in quelling the fire. But as soon as they left, the fire increased.

“We have already contacted the fire service from Awka, praying the fire does not spread to other buildings in the area before they arrive.

Contacted, Police Spokesperson, Haruna Mohammed promised to get across to the Divisional Police Officer of the area, but did not get back to the reporter before press time.