Horror! Many People Dead As Truck Plunges Into A River In Ogun (Photos)


A truck has gone off the road and plunged into a river in a community in Ogun state. 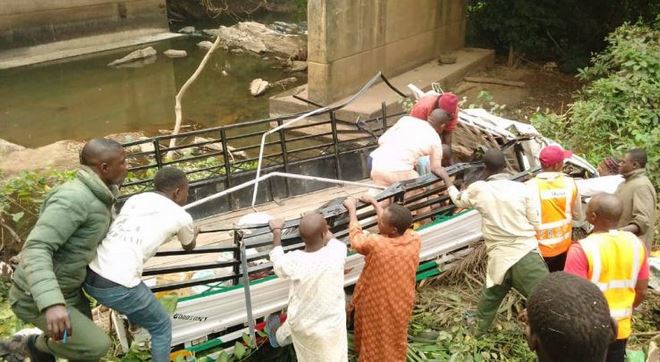 No fewer than 15 persons died while 38 others sustained varying degrees of injuries as a Toyota Canter truck plunged into dried Omi river on the Ibadan-Ijebu Ode road.

Clement Oladele, the Ogun Sector Commander, Federal Road Safety Corps (FRSC), who confirmed the incident in Abeokuta on Tuesday, said that the accident occurred in the early hours of Tuesday, adding that it involved a white-coloured Mitsubishi Canter, marked XE 331 MKA, loaded with passengers travelling from Sokoto state. 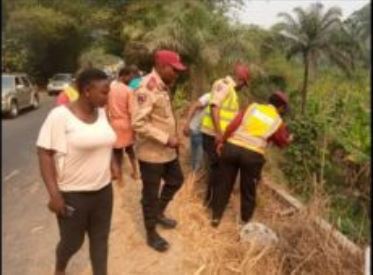 The sector commander added that the suspected cause of the crash was fatigue on the part of the driver, saying that the vehicle veered off the road and crashed into the dried Omi river.

Oladele, who said that rescue operations was still ongoing, explained that 15 corpses, all male adults, had been recovered from under the river bridge.

“So far, 38 passengers in the mini truck sustained varying degrees of injuries and were taken to the State Hospital, Ijebu Ode for treatment,” he said. 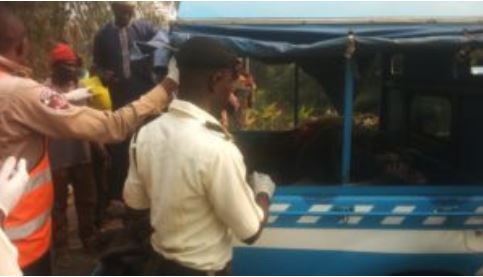 The sector commander said that the corpses of the dead had been evacuated to Sabo in Ijebu-Ode, with the Sarkin Hausawa making arrangements with the police for their mass burial.

He advised passengers to desist from boarding ”Goods-Only” vehicle which, by their configuration, were not for transporting passengers but only goods.

Oladele advised the families of the victims to contact the FRSC command in Ago-Iwoye or Ijebu-Ode for details about the crash.