This kind of posturing suggests that Adesina loses sleep over what he has to do for a living. 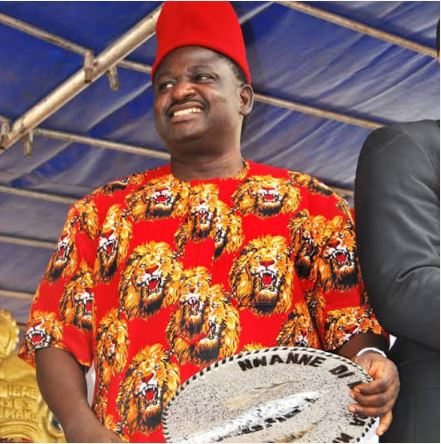 Lately, the Nigeria Christian Graduate Fellowship issued a press statement to fault the assailment of the leadership of the Christian Association of Nigeria by the Special Adviser to the President on Media and Publicity, Femi Adesina.

The exchange had begun when CAN expressed its disappointment with the government’s handling of the Boko Haram threats, the security architecture of the country and, how the sloppy handling of the abduction of a CAN leader in Adamawa, Revd Lawan Andimi, culminated in his unfortunate beheading. In his rejoinder, Adesina, blasé and reprimanding, complained about CAN’s politics and even sent some barbed words to them as a bonus. His riposte generated a counterattack by the NCGF which expressed their disappointment in what he has become.

Let me quickly state that I have reservations with the politics and activities of religious organisations like CAN, the NCGF, and so on, but that is not the crux of this piece. Instead, I want to point out that the NCGF got a few things misaligned in their response to Adesina. One, they implied that as a Christian, he ought to be defending the cause of fellow Christians. Well, the man was not hired into government as a church representative, so anyone expecting him to be on the side of Christians is merely wasting time. That is not his job. Two, the group, in their prevarication, made excuses for Adesina. According to their statement, Adesina has found himself in this moral and professional quandary where he has to “market a bad product.”

This kind of posturing suggests that Adesina loses sleep over what he has to do for a living. While we can only speculate about what Adesina privately thinks about the mess he wipes while at his desk, I also find it hard to believe that he is “saying and doing what he does not believe is right.” The NCGF seems to be underestimating people’s capacity to take a reactionary stance and make it a hill worth dying on. Nothing about the way Adesina conducts himself publicly suggests he develops moral malaria for what he says no matter how reprehensible they might be. The man is a willingly complicit agent in the clouding of issues of public concern. I do not see any dilemma, ethical or otherwise, detaining Adesina.

Three, they also suggested that Adesina had fallen from some professional pinnacle and is no longer “the same person known to speak truth to power.” They said he is paying “an unfortunate price for accepting to package and maintain a product that is not only bacterial, (but is) fungal as well as virulent, but irredeemably putrefied.” When you get over the verbosity of those sentences, you find that their hesitation at getting their point across undermines their position.

Adesina did not evolve from a radical journalist to a bullhorn that now walks around the public square with his eyes wide shut while serving kakistocratic interests. He is what he has been all along, and those who keep suggesting that the demons of Aso Rock have finally possessed him are overestimating his politics. He did not change. People do not change, at least for the worse; they are only revealed with time. Adesina is no different. He simply took up a job that allowed his true character to unfurl. If he were not the obtuse kind of person he has shown himself to be, his Aso Rock paymasters would probably never have hired him for the job in the first place.

If we maintain this perspective of his character, we can remain focused on issues that concern us. When we indulge in syrupy sentiments and lament about how power changes people like Adesina, we eventually get carried away from what truly matters. In this case, it was the gruesome murder of Andimi: what could have been done differently to save his life, and what should be done in case there is a recurrence of the abduction of another Christian leader? With the publicity that the terrorists got from the Andimi episode, they will likely target more known people to generate media buzz. That puts more Christian leaders and their congregants at risk.

To be sure, the era of Adesina is not the first time we would be gifted with presidential aides who roll up their sleeves and get into “roforofo” (rough fight) with the public. The erosion of the dignity of public office – at least based on the ability to communicate logically and coherently with people – did not start with the Major General Muhammadu Buhari (retd.) regime (and his ultra-rabid aides) and will probably not end in 2023. Since 1999, if one does not go too far back in our political history, we have had presidential spokespersons who talk too loudly without saying anything.

No one should make the mistake of assuming they are poor articulators or that their atavistic outbursts of anger are an expression of their frustration with the populace. No, the point of their faux ire is to divert the public from the emptiness of the government when they turn every issue into an occasion to exchange insults. The goal is not for them to communicate the heart of government to the people coherently and sensibly, but to turn criticisms – especially the legitimate ones – into rancour that will take attention from the issue at hand.

During Goodluck Jonathan’s era they hired Dr. Reuben Abati for a similar job but had to shove him aside when they found that his well-manicured intellect hindered the satisfactory execution of his brief. Dr. Doyin Okupe, the self-described attack dog (or lion) who never hesitated to roll with piglets in the mud took over, and boy, did he do his job well! In Buhari’s regime, they have multiplied the attack dogs. Buhari has more of them in his kennels than he does thinkers and economists. I am sure when Buhari deigns to peep into their activities now and then, he is well-pleased with how they manage to generate befuddling outrage.

Whether suggesting Benue people should give up their land for ranching at the expense of their lives, or saying Boko Haram now only beheads rather than bombs, or insensitively comparing the number of people that died under the Jonathan administration with that of Buhari regime, or promising in 2017 that Nigeria would stop importing fuel by 2019, or claiming that Buhari sold his houses to secure the forex that bequeathed his children expensive foreign education, or shrugging off the question of who was paying Buhari’s medical bills during his lengthy hospitalisations in London and claiming he does not know, or lamenting that Buhari’s 1985 autocratic regime should have lasted longer, or asking us to individually go challenge pipeline vandals who were denying us guaranteed supply of electricity, or even lying that Buhari too starves like other hapless Nigerians because he took a pay cut when they got into office, the long and short of it all is that the man was strategically placed in Aso Rock to muddle matters.

The goal is to get us talking about his silliness while we overlook the pressing subject of concern. When Adesina said that Buhari never promised to receive treatment abroad, he managed to momentarily detract from the point of the criticism of the President: bleeding the nation of resources to receive the quality medical care inaccessible to most other Nigerians.

At this stage, we should transcend the point where we get into fights with administrative errand boys and girls. It goes nowhere and resolves zilch. Those we have business with are both elected and appointed public officials whose duties matter to the development of the nation.

Written by Abimbola Adelakun for the Punch