Nigeria's number one man, President Buhari has met with his security advisers and the service chiefs at the State House. 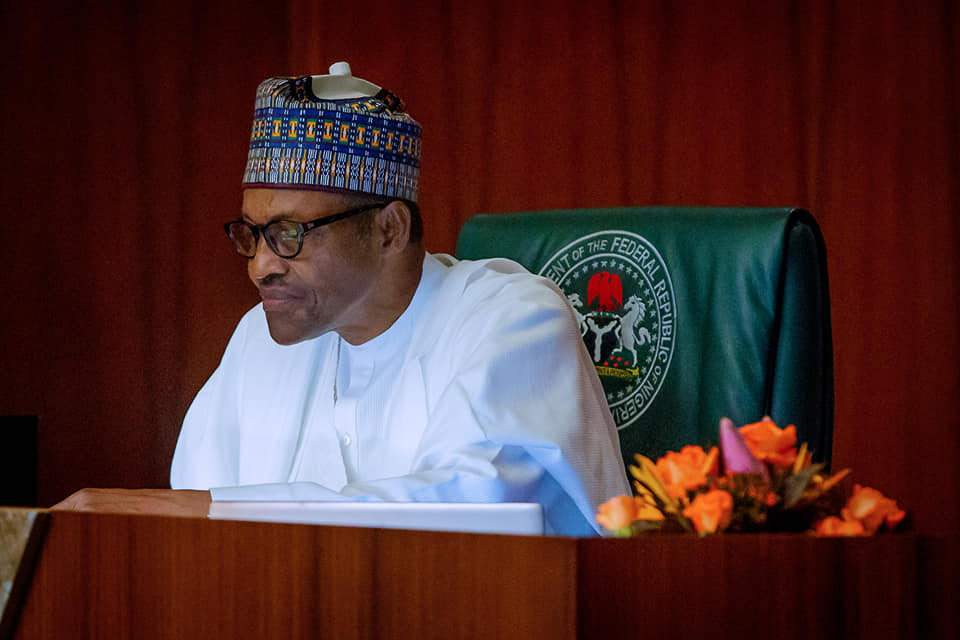 According to The Nation, President Muhammadu Buhari is currently in a security council meeting with his security advisers and the service chiefs at the State House, Abuja.

Among those in attendance are the Secretary to the Government of the Federation (SGF), Boss Mustapha; Chief of Staff to the President, Abba Kyari; Minister of Defense Maj. Gen. Bashir Salihi Mahashi (Rtd.); Minister of Interior, Ogbeni Rauf Aregbesola; and the National Security Adviser (NSA) Maj. Gen. Babagana Monguno (Rtd.).

The agenda of the meeting that took off at around 10am was not disclosed, but sources informed that the issue for discussion may not be more than the worsening security situation across the country.

It would be recalled that President Buhari, while hosting eminent citizens of Niger State on Tuesday, also expressed frustration at the turn security threats had taken in the last few years, pointing out that what is happening now is far beyond just insurgency, which was the case in 2015 when he took office, but an evil plot against the peace of the country.

“I was taken aback by what is happening in the North West and other parts of the country. During our campaigns, we knew about the Boko Haram. What is coming now is surprising. It is not ethnicity or religion, rather it is one evil plan against the country.

“We have to be harder on them. One of the responsibilities of government is to provide security. If we don’t secure the country, we will not be able to manage the economy properly,’’ he said.

It will also be recalled that the worsening security situation had propelled calls for the sack of the security chiefs as well as a new security architecture different from what currently subsists, as the current plan has woefully failed.

The meeting is still ongoing as at the time of filing this report.