A horrific car accident has left as many as 7 persons including a village head dead after their driver lost control. 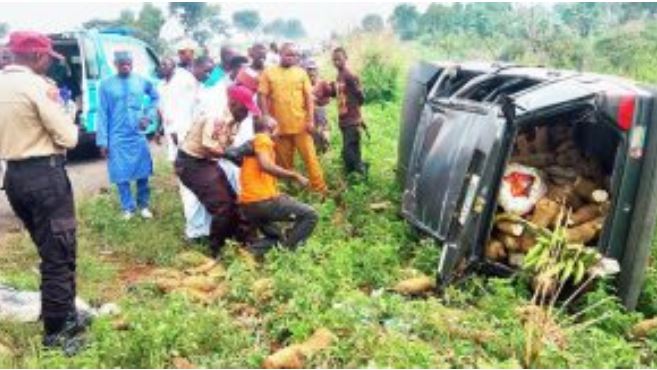 According to Daily Trust, seven persons including the Village Head of Tudun Doki, Alhaji Hayatou Ardo have lost their lives in a road crash along Gwadabawa-Iella road in Sokoto State.

The names of four victims were given as Malam Sule Mindau, Malam Abdu Danye, Isyaku Doso, and Buhari Toga.

Daily Trust reports that the accident occurred Monday when the driver of the Toyota Avensis lost control.

The vehicle conveying 11 passengers reportedly hit some trees planted for shelterbelt in the area.

Sole Administrator of Gwadabawa, Alhaji Aminu Aya who led a delegation to commiserate with families of the deceased, prayed Allah (SWT) to proffer them with the fortitude to bear the irreparable loss.

Stop Going To Hotels To Spend Your First Night, The Same Bed Is Hired By Men To Sleep With Prostitutes - Nigerian Man Advises Newly Married Couples