What A Shame! Footage Of NSCDC Official Stealing From The Bag Of A Salesgirl


An NSCDC official has been caught on camera stealing from the bag of a salesgirl whose building he was guarding. 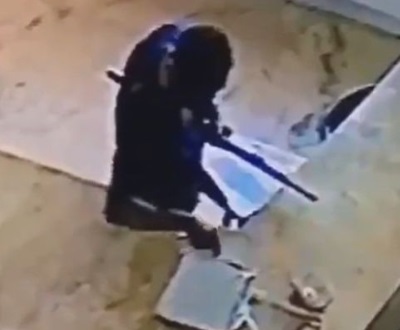 A CCTV footage making the rounds on social media, shows the moment an officer of the Nigeria Security and Civil Defence Corps NSCDC, was stealing money from the bag of a salesgirl.

According to unconfirmed reports, the NSCDC officer was assigned to secure the building where he was caught on camera stealing from the salesgirl.

The video which has left people amazed captures the officer opening her bags,taking something out of it and dipping it into his pocket.

#NSCDC official caught on camera stealing from the bag of a salesgirl....