A Voice note has surfaced online of an OAU lecturer who allegedly molested his student. 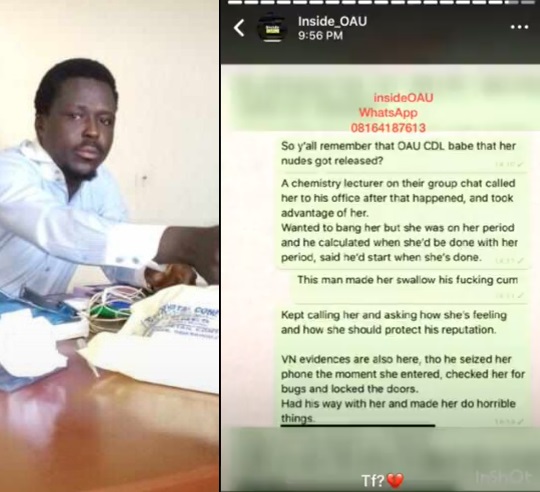 Twitter users have expressed outrage and are calling for an OAU lecturer to be disciplined after a voice note allegedly implicating him was shared by his alleged victim.

In the voice note going viral, the student is heard crying as she confronted the lecturer about sexually abusing her. A male voice, which we cannot confirmed to be the lecturer's voice, is heard trying to pacify the crying woman. He did not deny the crime she was accusing him of.

When she got there, he allegedly seized her phone then checked to be sure she wasn't recording. He then allegedly "had his way with her. 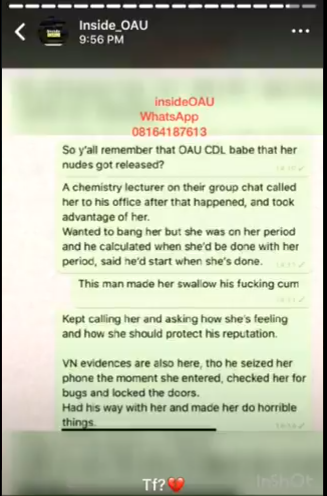 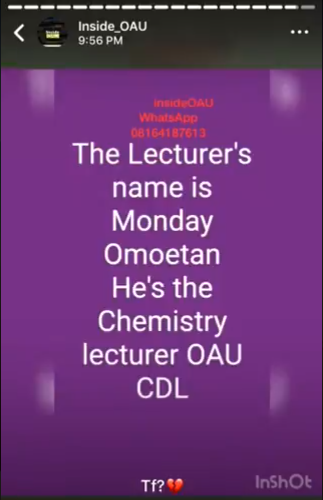 According to the reports, the alleged victim wanted to send the nudes to her best friend but her phone was hanging and she mistakenly forwarded it to her class group chat where her colleagues quickly downloaded it before she was able to delete it. They then made the nude video go viral and that was how her lecturer became aware of it. 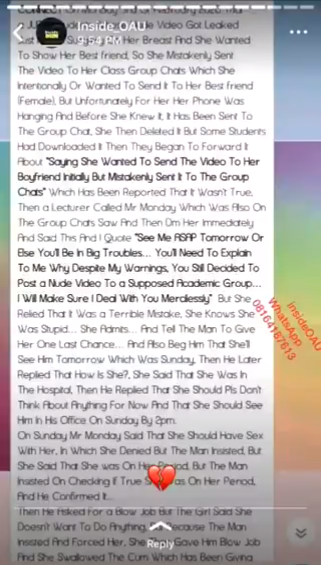 Twitter users have reacted in outrage to the voice note purportedly implicating the lecturer. 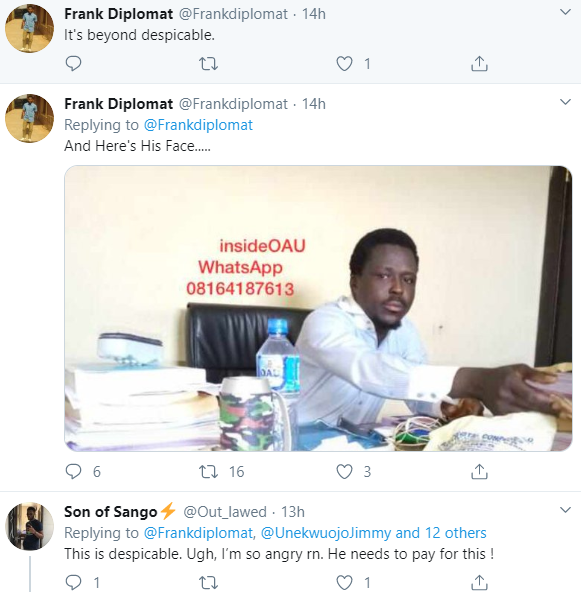 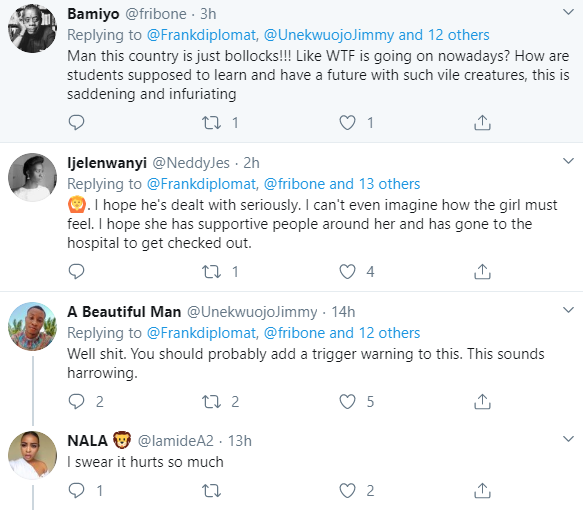 Sharing the voice note, @Frankdiplomat wrote: "Another Mean-spirited Sex Offender From Obafemi Awolowo University!!!"
Below is the voice note.