A Newborn child has contacted the deadly Wuhan coronavirus just 30 hours after birth. 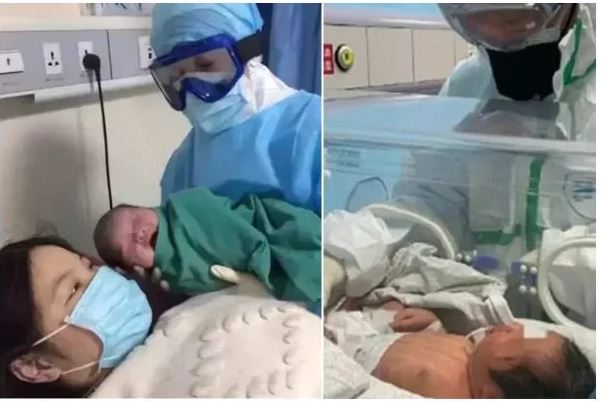 A Chinese baby has been diagnosed with coronavirus just 30 hours after a woman who had tested positive for the deadly disease gave birth in the epicenter city of Wuhan, according to state media.

Doctors at the Wuhan Children’s Hospital on Wednesday cited the case as evidence that pregnant women infected with the virus may be able to pass it to their unborn children, according to state broadcaster CCTV.

The infant, who was born Sunday, is the youngest person recorded as being infected with the virus, which has killed almost 500 people and sickened 24,324, according to Agence France-Presse.

On Monday, the official Xinhua news agency reported that a baby born last week to an infected mother had tested negative.

Experts quoted by CCTV said the infected baby may be a case of “vertical transmission,” referring to infections passed from mother to child during pregnancy, childbirth or right after.

The newborn, whose vital signs were stable, has no fever or cough, but was experiencing shortness of breath, the doctors said. Chest X-rays showed signs of infection along with some abnormalities in liver functions.

“This reminds us to pay attention to mother-to-child being a possible route of coronavirus transmission,” said Dr. Zeng Lingkong, head of the hospital’s neonatal medicine department, according to Reuters.

The hospital also disclosed details of another case involving a baby who was born healthy on Jan. 13.

The infant’s nanny was later diagnosed with the virus and the mother days later. The baby began showing symptoms on Jan 29.

“Whether it was the baby’s nanny who passed the virus to the mother who passed it to the baby, we cannot be sure at the moment. But we can confirm that the baby was in close contact with patients infected with the new coronavirus, which says newborns can also be infected,” Zeng said.

However, he added that none of the infected infants were in critical condition.

China’s National Health Commission said Tuesday that the oldest person diagnosed with the virus is a 90-year-old, and that 80 percent of reported deaths have been of people age 60 and older.

As of Wednesday, the death toll from coronavirus stood at 490.