A man who had stray bullet lodged in his head for months has left many people shocked after vomitting it. 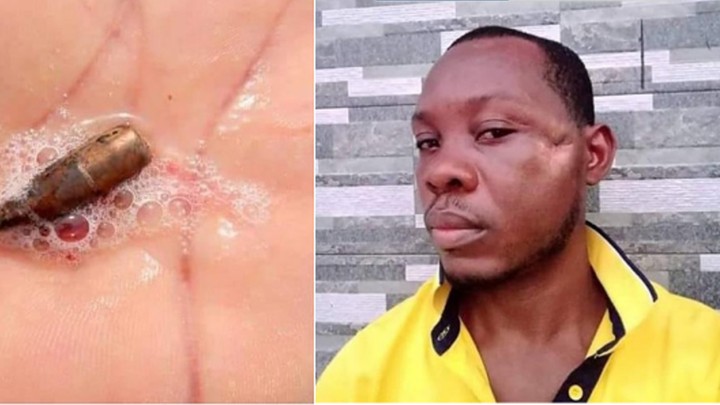 The man vomited stray bullet lodged in his head for months
A Nigerian man on Facebook identified as Bosindelive has shared an unbelievable story of a man who had a bullet lodged in his head for months without medical success but later vomited it.
Bosindelive revealed that the man was hit by a stray bullet which got lodged in his head, but he later miraculously vomitted it after doctors had promised to perform surgery on him.
He wrote:
"He was shot on the head by unknown gunmen closed to his resident at Alamieseigha Road Opolo, yenagoa #Bayelsa #State last year and was rushed to FMC and latter transferred to NDU teaching Hospital for a professional handling.
Every effort to get the bullet out of his head became abortive. The medical surgeons promised to conduct a surgery on him after woods are properly healed, due to the complexity of the area affected.
“God with his infinite mercy conducted a surgery on him at the early hours on sunday 2nd of Feb 2020, while on his way out to visit a friend.
The wonders of all is that; getting to the point where he was shot by those guys, he felt like something on his throat and tried to throw up. Behold, the dangerous bullet that was to make him undergo surgery later, came out through his mouth." 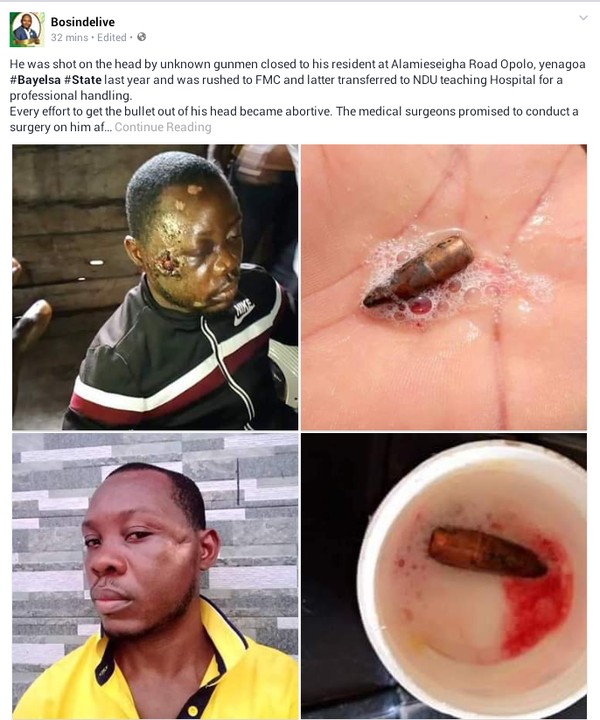