Some greedy police officers spotted collecting bribe from motorists have been arrested in Lagos. 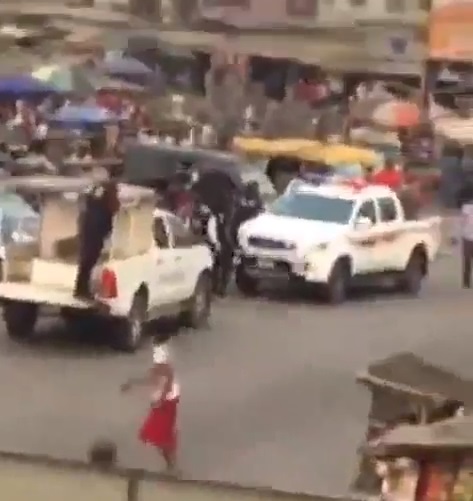 The bribe-taking officers arrested in Lagos state
A group of police officers who blocked a particular portion of the road while collecting bribe from motorists have been arrested by policemen attached to the Nigeria Police special squad 'Operation Puff Adder’.
The police special squad stormed the scene in patrol vans and arrested the bribe-taking officers at Ijesha area of Lagos state.
The incident elicited cheers from passersby who witnessed the incident.
Here is the viral video below: