The police has revealed more details following the arrest of the President of the Students Union Government (SUG) of Federal Polytechnic, Ilaro. 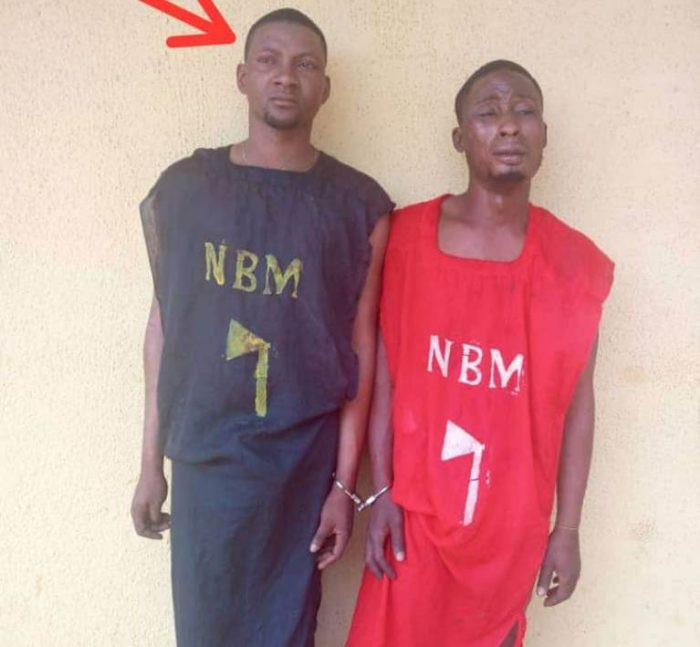 Adegboye Emmanuel Olatunji arrested with another member of the group
The Ogun State Police Command has confirmed the arrest of Adegboye Emmanuel Olatunji, the President of the Students Union Government (SUG) of Federal Polytechnic, Ilaro on charges of cultism.
According to the police, he was arrested alongside one Olarewaju Taiwo after the police were alerted by members of the public who saw them in a bush at Gbogidi area of Ilaro, where they were allegedly trying to initiate new members into their dreaded Black Axe confraternity.
While other members of the cult group escaped, the two suspected cultists who were in their full regalia were arrested with the assistance of members of the public. The suspects are currently being interrogated by detectives after being taken into custody at Ilaro Divisional headquarters.
Ogun State's Police Commissioner, Kenneth Ebrimson has also ordered the immediate transfer of the suspects to the anti-cultism section of the State Criminal Investigation and Intelligence Department for discreet investigation.
Top Stories