A bloody fight between Hausa and Yoruba youths at the Lafenwa Market in Abeokuta has left many injured. 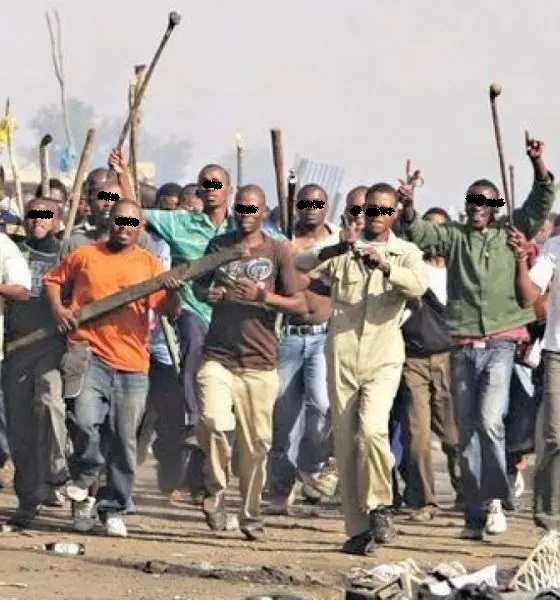 Fight between Hausa and Yoruba leaves many injured (File photo)
Two persons have been reportedly stabbed during a clash between Yoruba and Hausa traders at the Lafenwa Market in Abeokuta, the Ogun State capital, a report by Punch has revealed.
Speaking about the clash, the state Police Public Relations Officer, Abimbola Oyeyemi, on Thursday said there was no death in the crisis.
The violence was reportedly caused by the rumoured death of a Hausa trader who was allegedly hacked down by some miscreants believed to be Yoruba.
Oyeyemi said four persons had been arrested while eight knives were recovered from them after the bloody clash between the two tribes.
The PPRO said, “The violence broke out when some Hausa petty  traders refused to pay the mandatory daily market levy to the market miscreants.”
He said the development infuriated the street urchins, who descended on the Hausa traders and stabbed two of them.
He said “There is no death recorded. Two people were injured.
“Those who are involved in the crime will be dealt with seriously; they will face the full weight of the law.”
Top Stories