Olakunle Churchill, Ex-Husband of Nollywood actress,Tonto Dikeh has sued her for defamation. 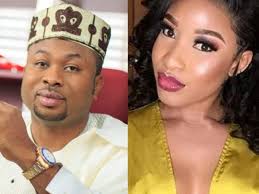 Nollywood actress, Tonto Dikeh has been sued by her ex-husband Olakunle Churchill over her explosive interview in May 2019.

Olakunle Churchill who referenced the three-part YouTube series titled ‘The Evidence’ which was shared in May 2019, said his ex-wife accused him of being into cyber fraud popularly known as Yahoo Yahoo and also alleged that she caught him clad in a red cloth, surrounded by red candles with a laptop placed on his lap.

He also sought for legal redress against Tonto Dikeh over claim of his father being a gardener as she dispelled speculation of him being related to former President Olusegun Obasanjo.

In the lawsuit notice which has him as the 1st claimant and Big Church Foundation as the second claimant, Churchill stated that the allegations are baseless and sponsored to tarnish and damage his image and political ambition. He hinted on telling Tonto Dikeh about his intention to run for the House of Representatives in his constituency.

It read in parts;

“The series of malicious and fallacious allegations, assertions and accusations through media campaigns and publications by Tonto Dikeh and her charity group was defamatory.”

In the court summon which has gone viral, the actress was asked to appear for trial 14 days from December 10, 2019, as the court may proceed therein with judgment even in her absence.

The case is expected to come up on Thursday February 20.

See the court papers below; 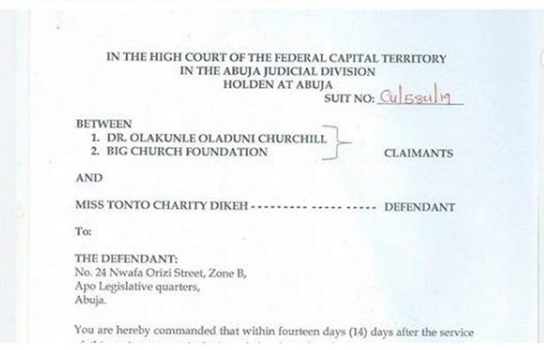 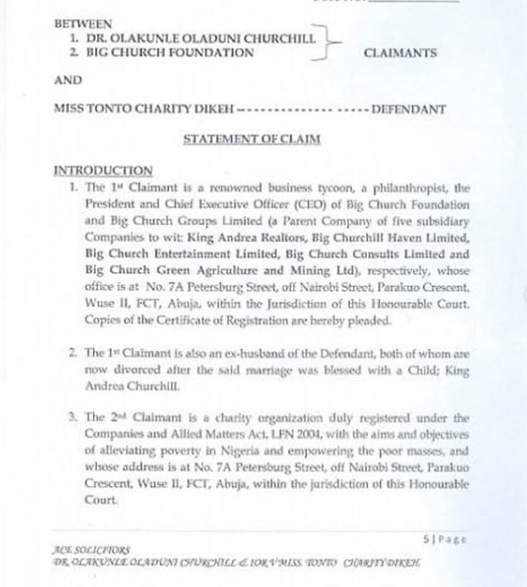 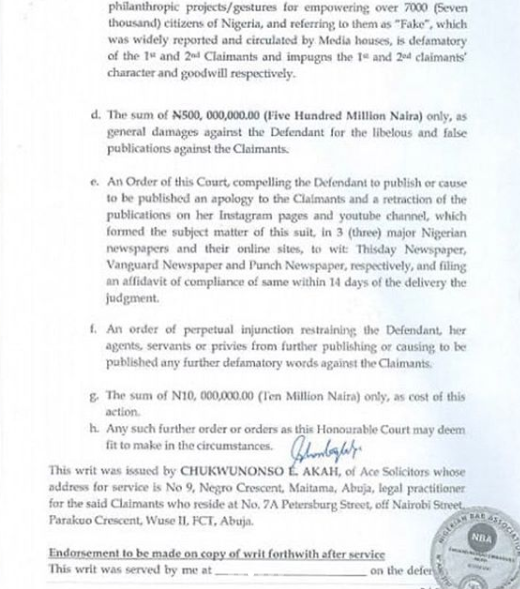 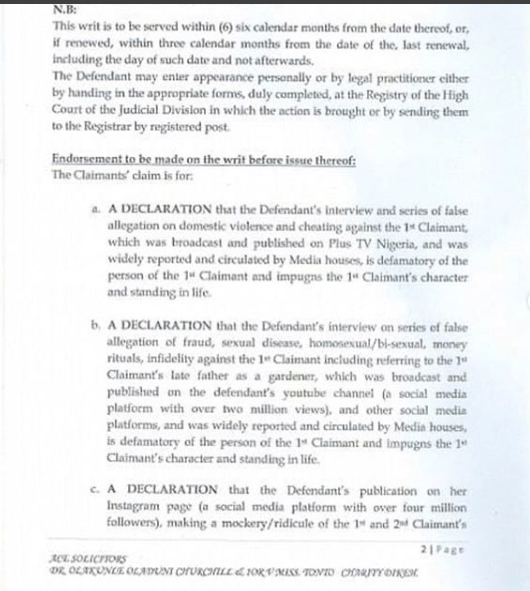 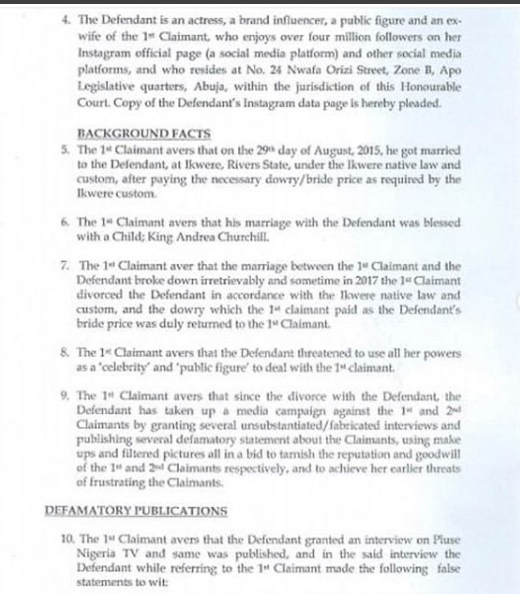 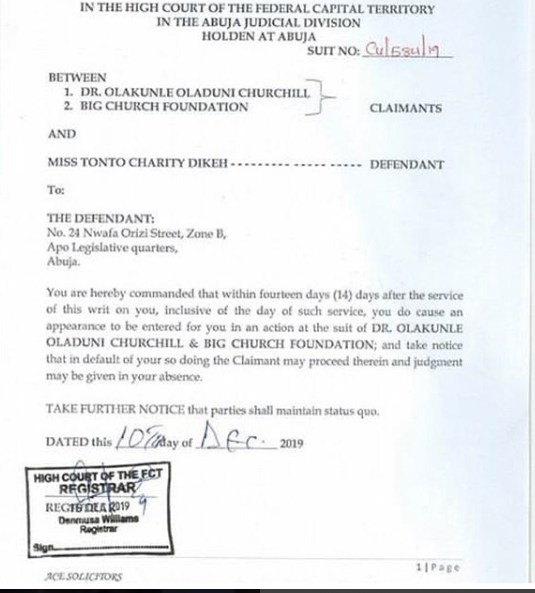