One Dead, Many Injured As Youths Fight Over Girls In Cross River


A fight over girls in Cross River state between youths has led to the death of one person. 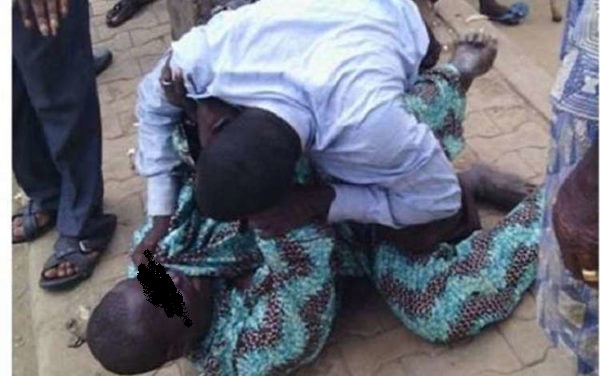 Two men fighting
A fight over girls among youths in Ovonum Obubra Local Government Area of Cross River State, has left one person reportedly been hacked to death while many sustained severe machete cuts.
According to Vanguard, One boy, whose name was given as Ose Egor was hacked to death on the Valentine’s Day night and his body deposited in the mortuary.
The misunderstanding, according to Okpa Okpa, our source in the area, started when youths gathered in the local beach, popularly called Ovonum beach for Valentine’Day fanfare but misunderstanding erupted when one of the girls left her boyfriend with whom she went with to the beach to hitch up with another boy.
“One girl whose name was given as Anne left Tony the boy that brought her to the beach to join another boy and Tony did not take this kindly and so had to ask the girl to return and in the ensuing faceoff a fight broke out among the boys,” Okpa said.
He stated that from the beach the fight became a gang war and moved to village and gangs were moving from house to house with machetes destroying homes of boys who belong to opposing cult groups.
“The Peace Group leader, Mr Monday Abeng who tried to make peace among the warring gangs was lured out of his house and attacked with machetes which left him beyond recognition.”.
He said many homes were destroyed in the night and that the police arrived early this morning to make some arrests which has restored some normalcy.
”The boy who was butchered to death is in the Obubra General Hospital mortuary but his gang is threatening to take him out of there so the police are guarding the place now”.
Ms Irene Ugbo, the Cross River Police Command spokesman said more policemen have been moved to the area to maintain peace.
Top Stories