A promising Nigerian man has been found dead in his room in Indonesia leaving his family members in pain. 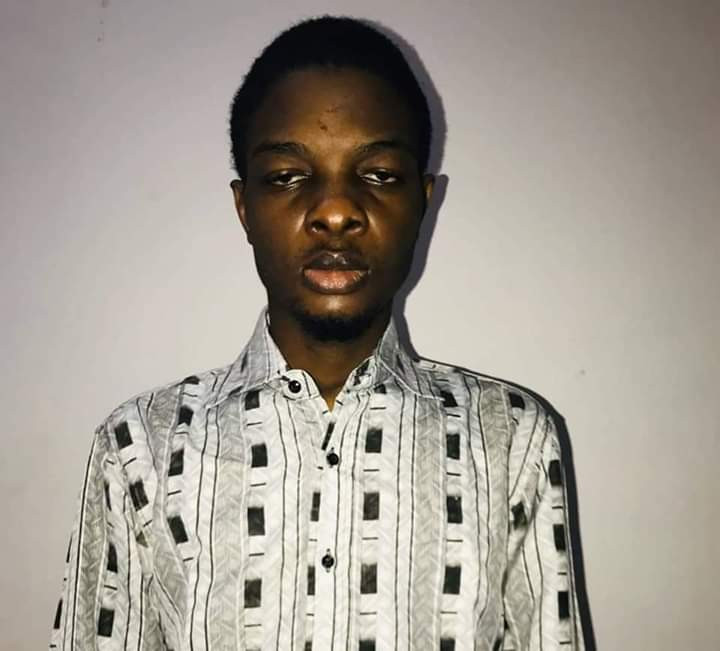 Ogubie John Izuchukwu
A young Nigerian man by name, Ogubie John Izuchukwu has reportedly been found dead under mysterious circumstances at City Pak Apartment in Cengkareng, Jakarta, Indonesia.
The sad news was shared by a Facebook user, Sylvester Nwodo.
It was gathered that the young man's body was discovered on Monday morning, February 17.
"This Person died this morning In City Pak Apartment Cengkareng Indonesia .Any body that knows him should indicate, so that the family can be contacted. Plz Keep sharing so it can get to the right destination.. thanks." 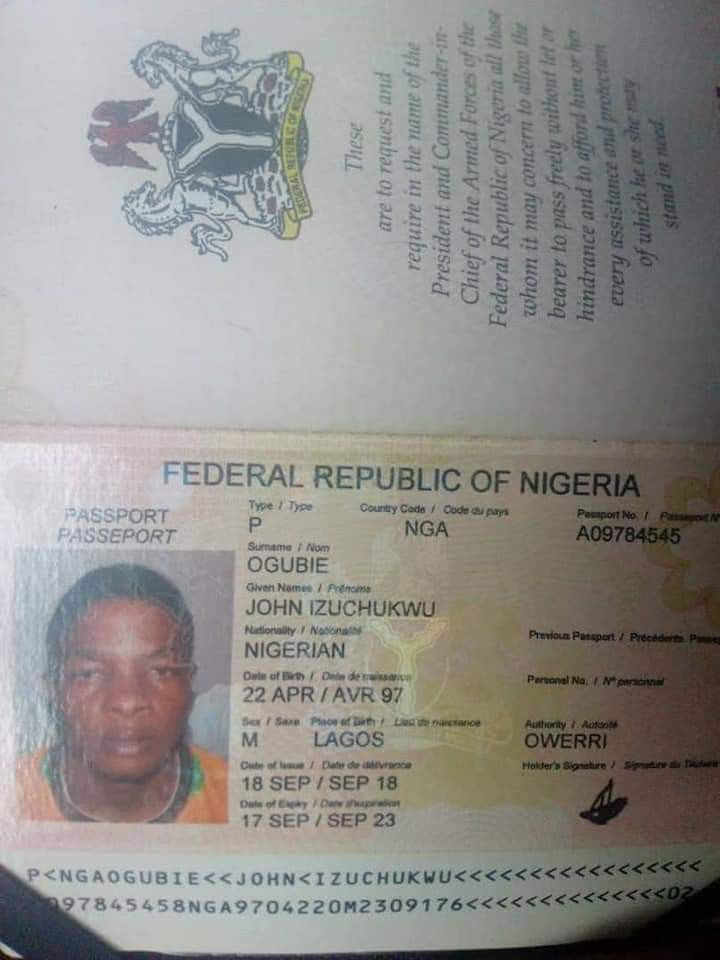 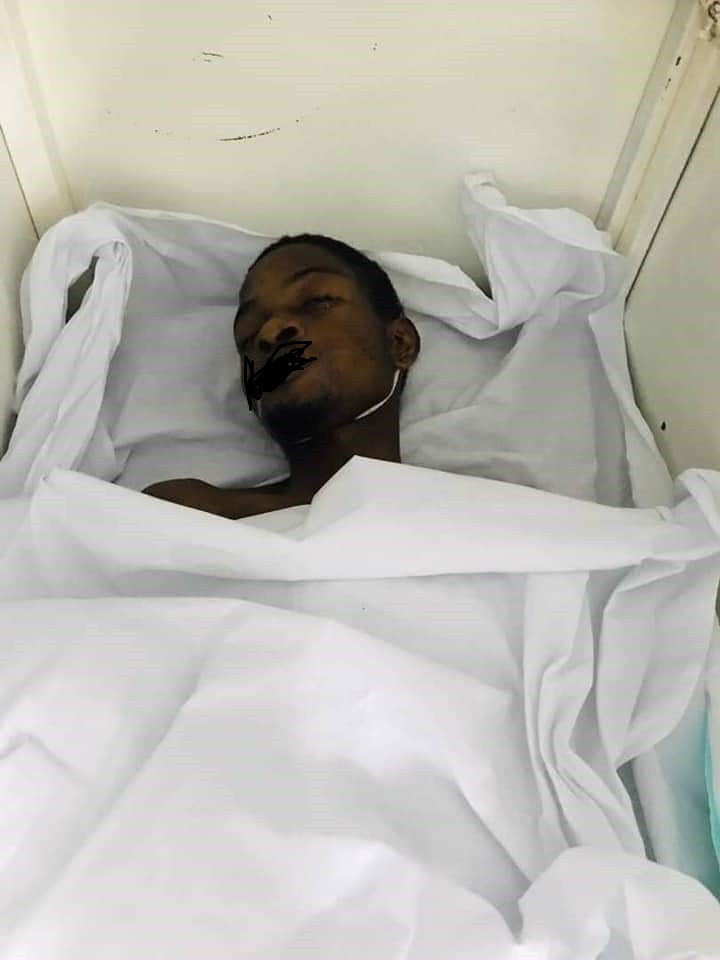 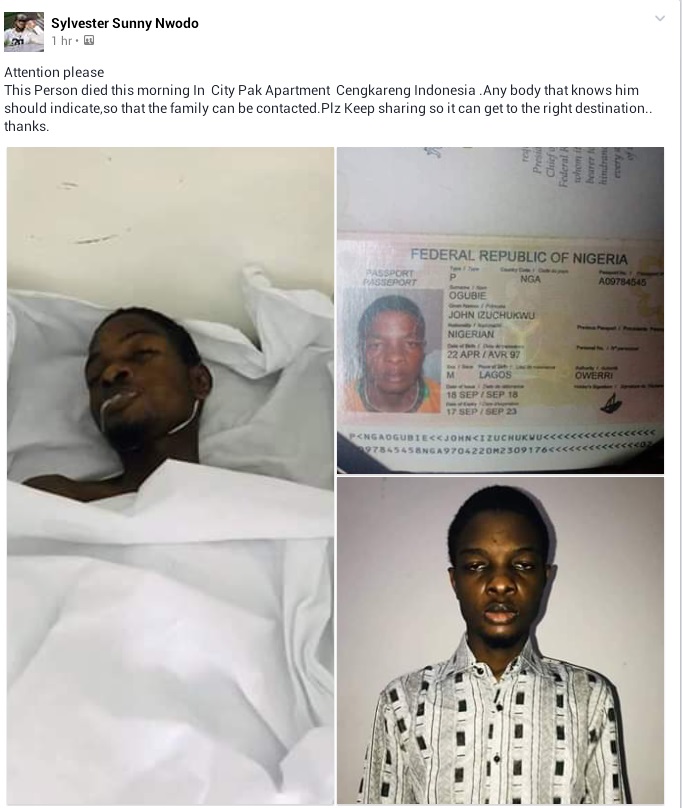