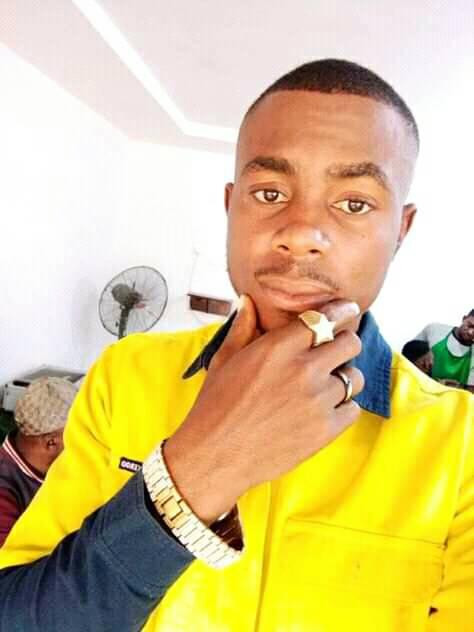 It was gathered that the victims Sesugh Simonpeter Shija and Valentine Simon were at a football viewing centre when the assailants stormed the venue and shot them at close range.

"We were watching a football match at the viewing centre when about three young men, we suspect are cult members came into the place around 10 pm searching for their target," said an eyewitness.

“The victims probably noticed that they were being sought for, tried to escape but they were not so lucky. They were both shot and killed instantly while their killers fled the scene. On hearing the gunshot which has become too constant in Gyado Villa area, people scampered and fled while many sustained injuries in the stampede that happened at the viewing centre,” he said.

Hours before he was killed, Valentine Simon posted on Facebook: "Flex When You Have The Time"

It was gathered that the killing of the duo brought to six the number of persons killed in the area in the last two months in what appeared a rival cult war in the community that has a large population of BSU students.

Spokesperson of the state police command,  DSP, Catherine Anene, who confirmed the incident said the investigation into the matter was in progress.

Meanwhile his Simon's friends have taken to Facebook to mourn his death. See screenshots of their posts below.. 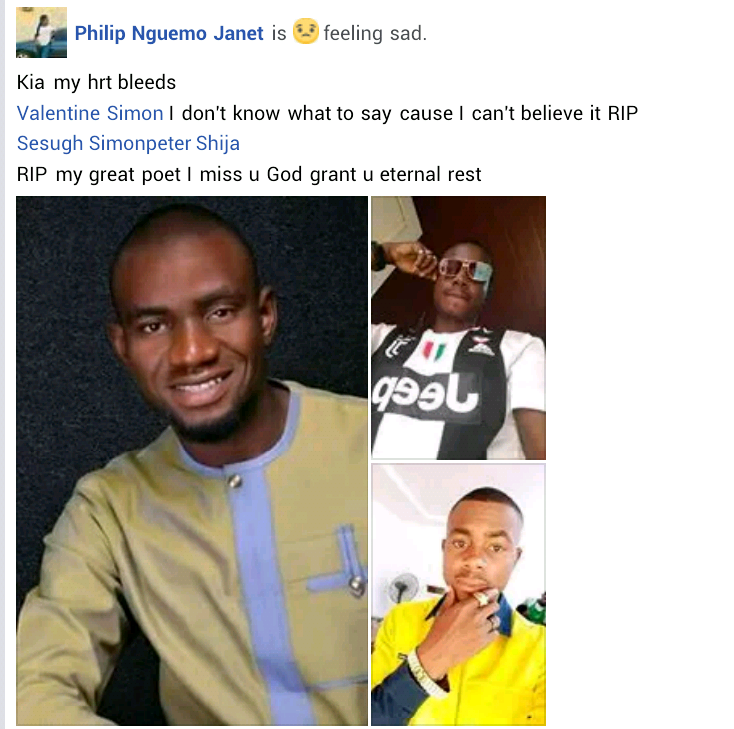 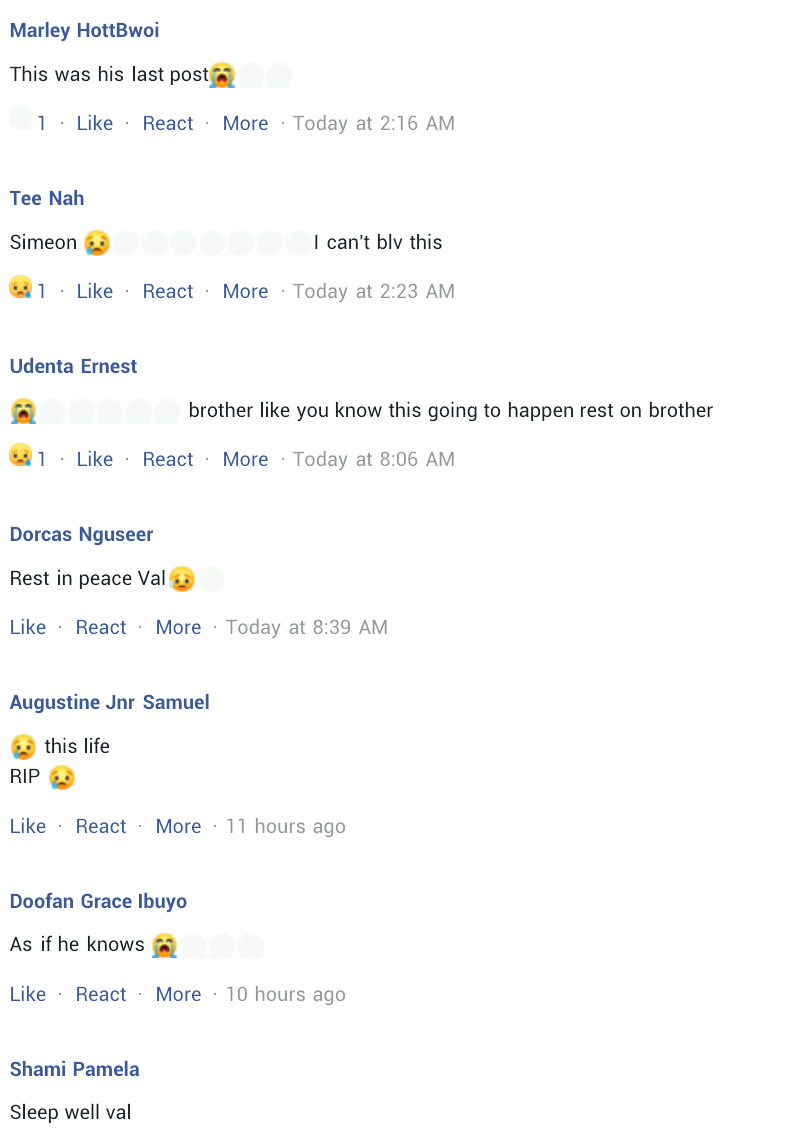