A plot by the federal government to pay an APC governor $100 million from the Abacha loot has been uncovered. 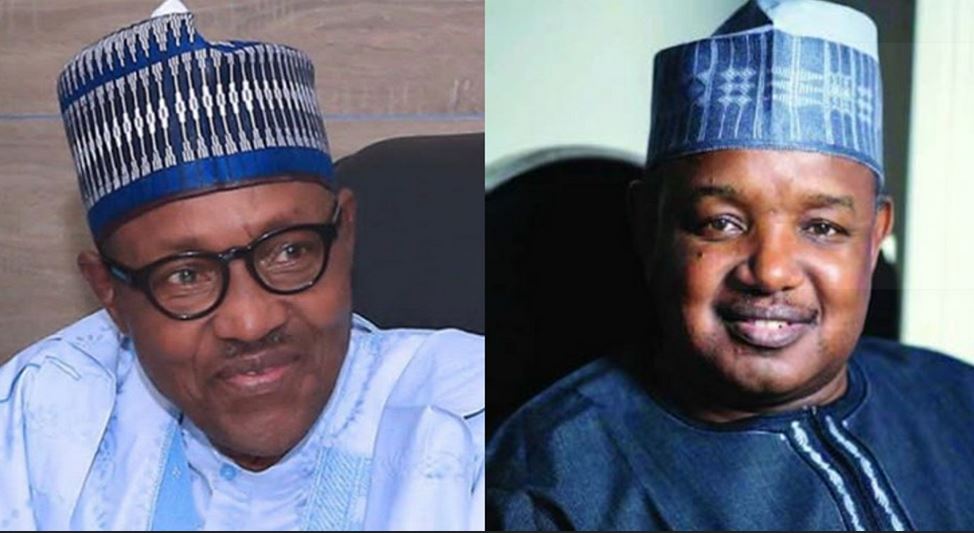 The DoJ made the claim in court papers filed before the District Court for the District of Columbia in Washington, Bloomberg reports.

The PUNCH reports that Bagudu, who is a close ally of Buhari and a prominent member of the ruling All Progressives Congress, was indicted by the US Government for helping the late military dictator, Gen. Sani Abacha, to transfer billions of dollars in the mid-90s.

According to documents from the DoJ, Bagudu spent six months in federal detention in Texas while awaiting extradition to the Island of Jersey.

However, before he was handed over to criminal trial in Jersey, he quickly agreed to return $163m to Nigeria and was released on bond to Nigeria, where he was meant to be prosecuted for money laundering.

However, on returning to Nigeria, he was cleared to contest in three different election cycles – once as a senator and twice as governor – all of which he won and now enjoys immunity.

In a report published by Bloomberg, on Friday, it was stated that the US Department of Justice says the Nigerian government is preventing the US from seizing Bagudu’s alleged loot.

“The DoJ also contends that the Nigerian government is hindering US efforts to recover allegedly laundered money it says it’s traced to Bagudu. Buhari’s administration says a 17-year-old agreement entitles Bagudu to the funds and prevents Nigeria from assisting the US, according to recent filings from the District Court for the District of Columbia in Washington,” the report stated.

According to the report, the disagreement may hamper future cooperation between Nigeria and the US to recover state money moved offshore by Abacha, whom Transparency International estimates may have looted as much as $5bn during his 1993-98 rule.

Neither Bagudu nor a spokesman for the Attorney General of the Federation, Abubakar Malami (SAN), responded to requests for comment.

A spokesman for Buhari said the settlement and the litigation were matters for Malami.

Successive Nigerian governments have sought to recoup the money looted by Abacha, who died in office, and have so far repatriated more than $2bn with the cooperation of other countries, according to US court filings.

The DoJ said in a February 3 statement that Bagudu, 58, was part of a network controlled by Abacha that “embezzled, misappropriated and extorted billions from the government of Nigeria.”

Bagudu is the chairman of an influential body of governors representing the ruling All Progressives Congress, Buhari’s party.

“Despite the forfeiture action being initiated following a Nigerian state request in 2012, Buhari’s government now says it can’t assist the US because it’s bound by a settlement Bagudu reached with the administration of then-President Olusegun Obasanjo in 2003, according to the court filings,” the report states.

Under the terms of that accord, which was approved by a UK court, Bagudu returned $163m of allegedly laundered money to the Nigerian authorities, which in exchange dropped all outstanding civil and criminal claims against him “stemming from his involvement in government corruption,” according to a December 23 memorandum opinion by District Judge John D. Bates in Washington D.C.

That meant “Nigeria renounced any interest whatsoever” in Bagudu’s trust assets, including those the US is attempting to recover for the West African nation, the opinion stated.

Bagudu was able to return to Nigeria after concluding the settlement and was elected as a senator in 2009. Six years later, he was voted in as Kebbi’s governor in elections that brought Buhari and his party to power.

After Bagudu successfully sued Nigeria for violating the 2003 settlement, Buhari’s regime reached a new agreement with him in October 2018, according to the court filings.

“That would result in the transfer of ownership of the investment portfolios, worth 141m euros ($155m) to the Nigerian state, which would then pay 98.5 million euros to Bagudu and his affiliates, according to Bates’ December 23 opinion. The funds are currently restrained by the UK at the request of the US,” it added.

Nigeria’s government claims the updated 2018 agreement with the Kebbi governor, which requires court approval in the UK, will “curtail and mitigate its looming exposure” from the judgment in Bagudu’s favor.

Buhari’s administration submitted the 2018 deal to the UK court in September to support its application to unfreeze the assets so they can be sent to Nigeria, according to the opinion. The court has yet to make a decision.