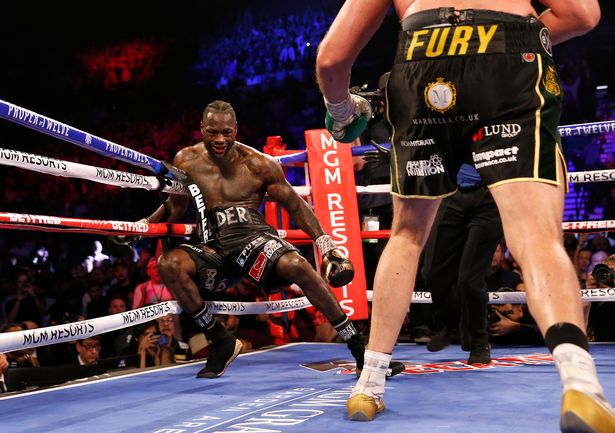 Deontay Wilder was reportedly rushed to the hospital after losing to Tyson Fury in their heavyweight title rematch.

According to reports, he missed his post-fight press conference amid claims that he was en route to the hospital.

Tyson Fury reigns again as a heavyweight world champion after battering Deontay Wilder on the way to a stunning seventh-round stoppage in their World Boxing Council title rematch.

Fourteen months after their dramatic split-decision draw, Britain’s Fury dominated the American champion — who had blood streaming from his left ear and leaking from his mouth when referee Kenny Bayless called a halt at the behest of Wilder’s corner.

“The king has returned to the top of the throne,” said Fury, who had dropped Wilder in the third and fifth rounds as he remained unbeaten — and handed Wilder the first defeat of his career.