Curvy Nigerian actress, Zainab Bakare has spoken about how her big hips have attracted men to her. 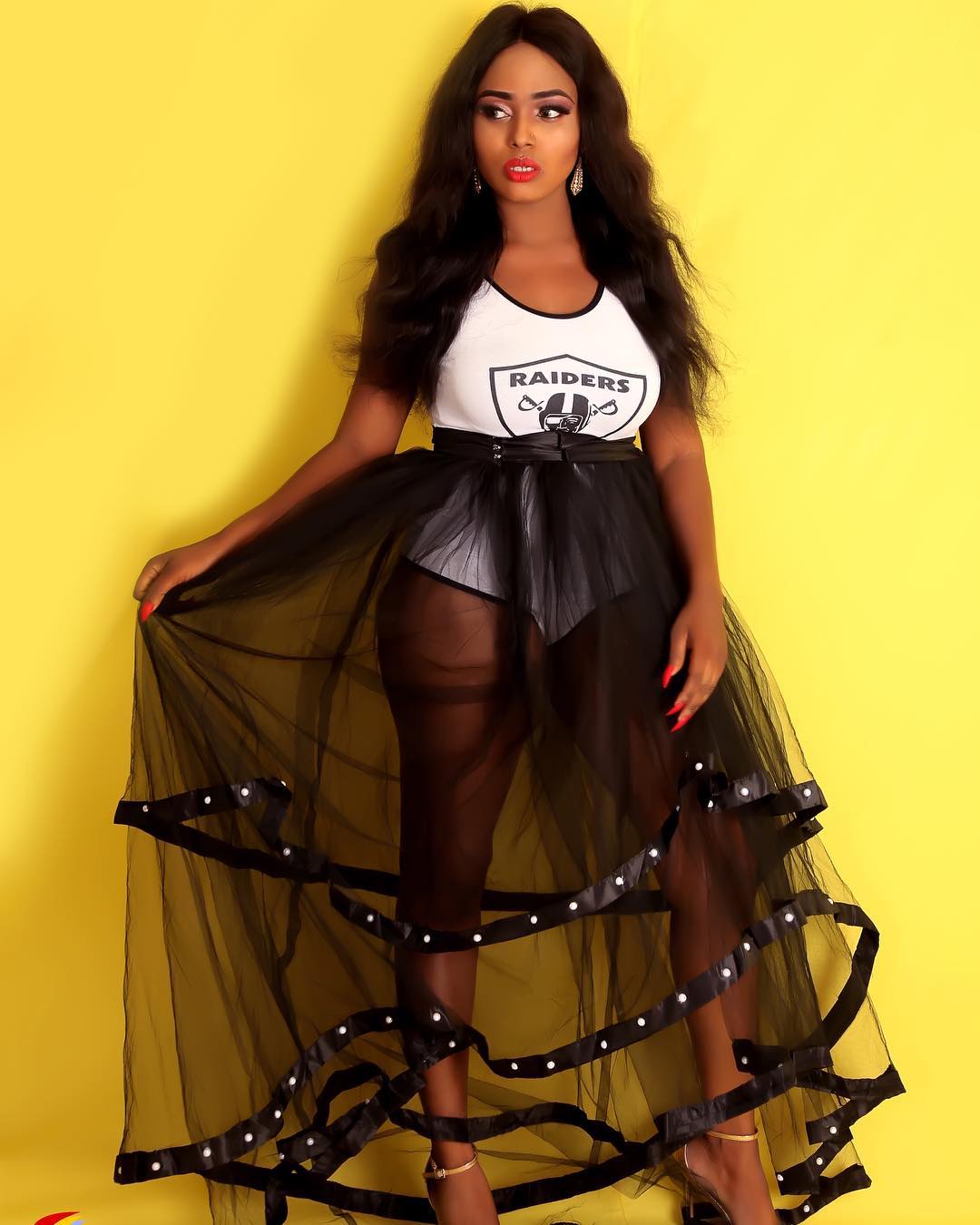 Since Zainab Bakare came into the limelight through her movie, ‘Eda’, she hasn’t looked back. Rather, she has gone ahead to feature in over 35 flicks including ‘Owu Iya Gbon’, ‘Ayoka’, ‘Senior Girl’, and ‘Golden Boy’ among others.

In this interview, the actress opens up on her career, nudity and personality off-screen. Enjoy it.

I came into acting after I met with actor Omowumi Ajiboye in 2011. She is my boss. I trained in her theater group.

How many years did it take you to produce your own movie?

To the glory of God and thanks to my boss, I was able to produce my first movie in 2017. It’s titled ‘Owu Iya Gbon’.

Who are your role models in the movie industry?

I have plenty of them but top on the list are Joke Silva, Omowumi Ajiboye, Segun Ogungbe, Funke Akindele, and Kunle Afolayan.

What is the title of the movie that brought you into the limelight?

I have featured in many movies but the one that brought me into the limelight was ‘Eda’, my third production.

What inspired the movie, Eda?

The inspiration came all of a sudden! If you know me well, you will know that I love to do my thing differently. I love to brag differently, do things not just normally. I did some findings, which prompted me to cut my hair to achieve my goal in Eda.

Like how much did you spend on the production? Sincerely, it’s a big deal. I wouldn’t want to be specific but I spent some millions of naira.

Was Eda your most challenging movie ever?

Yes. It drained me a lot.

What has acting added to your life?

Acting has added a whole lot of positive things to my life. Aside fame, acting has also made me discover myself in diverse ways. It has brought me closer to people, made me know how to interact well and also taken me to places.

Any regret as an actor?

So far, so good, I have no regret… every challenge is a phase.

What is the craziest role you have ever played?

I can’t really say for now… we are still moving.

What is your philosophy of life?

To put God first in everything I do.

Do you think women are lucky in this part of the world?

Yes! Women are very lucky and I am delighted that I am a woman. Why did I say so? It’s because so many doors have been opened to me, all in the name of my gender. People see us as weaker vessels, but genuine people help women willingly.

Do you wish to share your heartbreak with us?

May be off the record.

Can you date a married man for money?

No! I mean a capital no. I can never date a married man.

If acting were a crime, would you stop acting?

I won’t like to commit a crime but sincerely, I love my career.

Can you describe yourself in few sentences?

I am a very straightforward person, very playful, a good cook and ‘Jesus baby…

What is the project you are working on?

Watch out for a bigger me, I am working so hard to put smiles on the faces of my fans.

Can you act nude for N20 million?

Can you still remember my lines in Eda? I said, ‘Ihoho lawaye, ihoho lama pada’ (we came to the world naked and naked we shall return). But then, no, I can’t act nude for any amount.

What’s the best part of your body that keeps men attracted to you?

I would say it’s my hips and nose. I constantly get compliments from men about them.