A woman who reportedly died at the age of 130 has been buried in Cross River state. 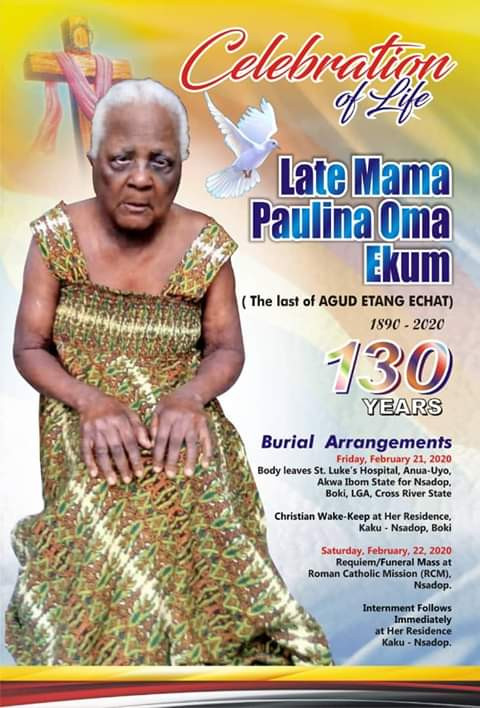 The burial poster of a 130-year-old woman who was laid to rest on Saturday, February 22, in Nsadop, Boki Local Government Area of Cross River state, has surfaced on the internet.

Facebook user, Margaret Okoh who shared the photo of the woman, wrote that the woman was her grandma and she lived 130 years on earth before her death ;

I was’nt even born when my mum Lost her dad Thomas Neji Ekum.look at the mystery of life the sister broke records and lived 130 years on this very earth. Glorious exit plus celebration of Life my grand ma,Mama Paulina Oma Ekum. Brethren and friends let celebrate this glorious exit. Wow. 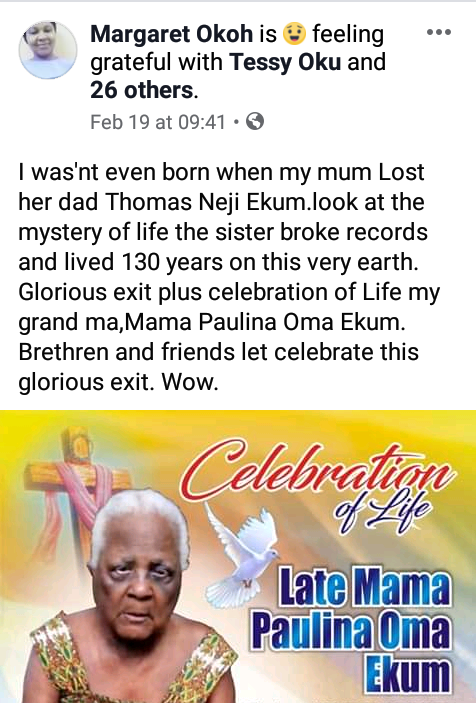 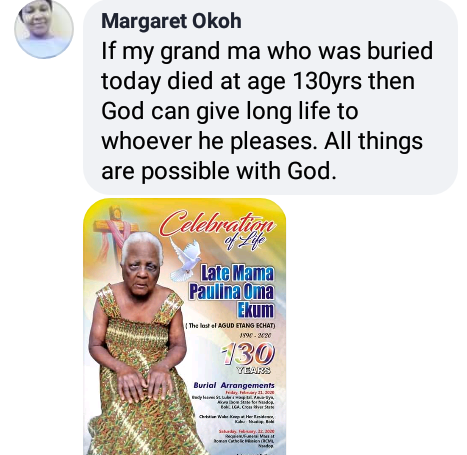