A woman has been threatened to be banished from her community for reporting her husband for allegedly molesting and impregnating their teenage daughter. 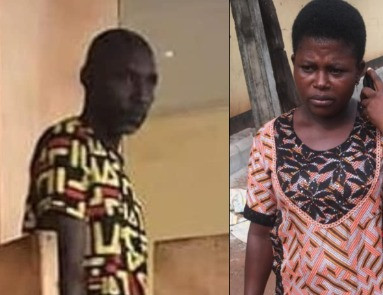 Activist, Harrison Gwamnishu, has written an open letter to the Delta state government for immediate action to be taken as members of a community in the state hace concluded plans to barnish a young woman who reported her husband after he allegedly had sex, impregnated and procured an abortion for their 14 year old daughter, Chidinma.

According to Gwamnishu, the crime was committed sometime in 2010 and the suspect is still in prison.

Read his open letter below;

Read his open letter below;

Mrs. Grace Eze’s husband raped their 14 years old daughter sometime ago and the said rape led to the said daughter’s pregnancy. The pregnancy was aborted at the instance of Mrs Eze’s husband in a bid to cover-up his iniquitous acts.

When Mrs. Grace Eze found out about the crime her husband had committed, especially in view of the sensitive nature as it involved the rape of a minor, it became imperative for detailed investigation, especially medical investigations, so as to ensure that the victim was free from any medical conditions; and indeed that the culprit faces the law for the embarrassment he had brought to his family and entire Deltans.

Flowing from the foregoing facts, Mrs. Grace Eze first reported the matter to her  husband relatives and Behind Bars Human Rights Foundation reported to the Police in fulfilment of our constitutional duty to report the suspected commission of crimes, and in a bid to secure professional guidance for a detailed medical investigation of her daughter’s health and emotional status.

We were extremely embarrassed and disappointed when we found out that some community leaders had summoned Mrs Grace Eze and gave her a list of items to compulsorily provide to “cleanse the land” because she reported her husband to the human rights and sought help for her daughter. The said list of items is herein annexed to this letter for your kind perusal.

Mrs. Grace Eze was further threatened that if she failed to comply with the directives of the said community leaders, she will be banished from the community and severely dealt with.

Worthy of note is the fact that the family of the person who committed the rape and orchestrated an abortion, has not been summoned to provide any items to “cleanse the land”. (The man still in Prison custody).

We see what is at play as a conscious effort to cover-up a crime and victimize Mrs. Grace Eze.

We are very aware of your influence and astute leadership in your and therefore urge you to intervene immediately in this case so as to salvage the image of this community and put a stop to the imminent threats Mrs Grace Eze has received from her community leaders.

We have elected not to petition the community leaders to the National Human Rights Commission, as well as proceed to court in a bid to safeguard and defend the fundamental rights of Mrs Grace Eze because we are confident that you will intervene and see that justice is done. No citizen of our country should be punished for exercising her constitutional or legal rights.

Kindly accept the expression of our esteemed regards as we look forward to hearing from you.