When You Pour Away The Wine That The Bride's Father Has Blessed During A Traditional Wedding, You Have Destroyed The Marriage - Nigeria Writer


Nigerian writer, Chinaza Ada Igbo took to Facebook to share her thoughts on couple's pouring away the drink blessed by the bride's father during a traditional wedding ceremony. 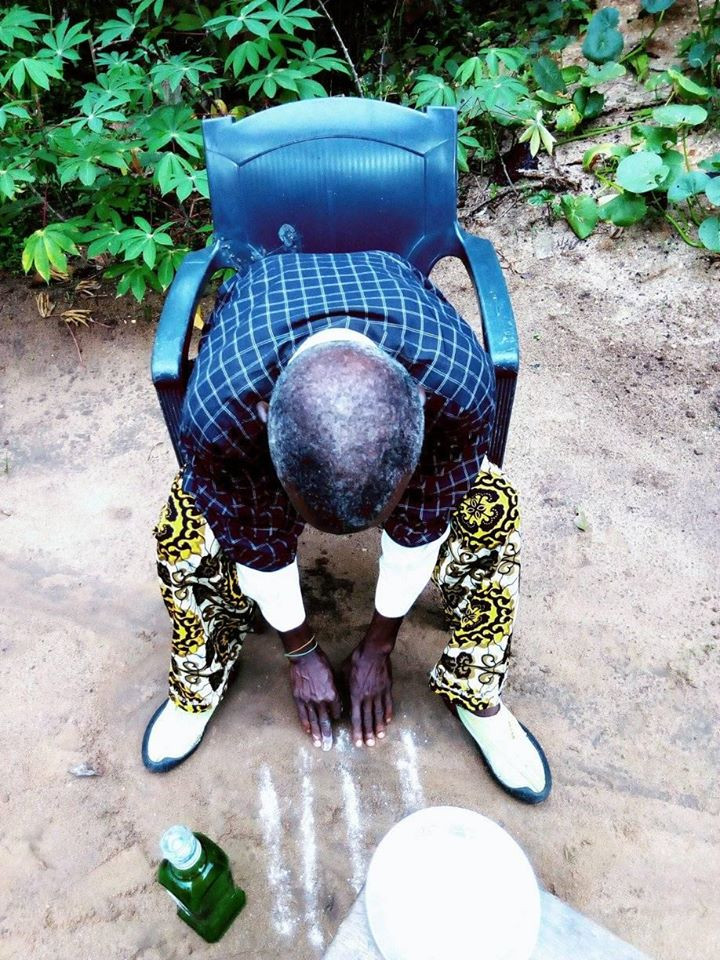 A Nigerian writer, Chinaza Ada Igbo has shared thoughts on the aftermath of pouring away the wine a father of a bride blesses during a traditional wedding in Igbo land.

According to Chinaza, the marriage is destroyed because the blessings the father of the bride spoke into the wine is also poured out. She stated that the "decrees" are not mere words, but a powerful declaration from a father whose daughter is entering a new home.

When you pour away the wine (Nkwu) your father in law (bride's father) released heavy loads of blessings in for a peaceful and fruitful marriage between you and your wife, replacing it with juice or malt, what do you expect?

Of course you destroyed the very marriage yourself that very day of your traditional marriage by pouring those decrees away, oh you think it's a mere word, it was a powerful declaration from a father whose daughter is entering a new home, he gives the daughter and husband words of blessings from the depth of his heart, that is why you both ought to drink it happily to show that you accept those blessings! But no you're afraid the wine may be poisoned, oh religious mindset, it has destroyed and still destroying homes!

Our ancestors are wise, in everything they do, there are reasons why it's done so, but you won't ask questions, because you've been made to believe that your culture is evil...

The earlier you wake up to reality, the better for you... 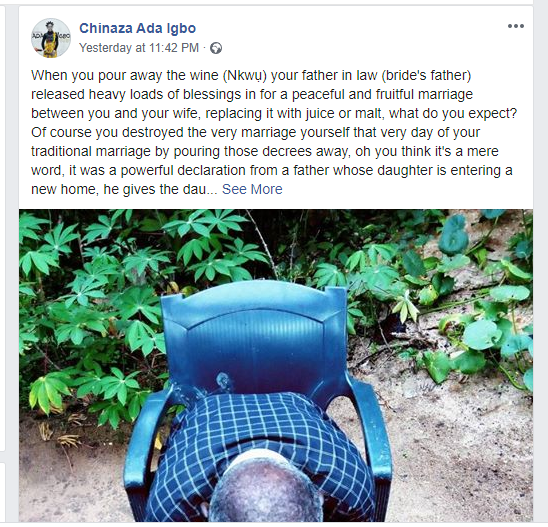