A camera footage of a 6 year old child who was arrested by policemen has surfaced online sparking outrage. 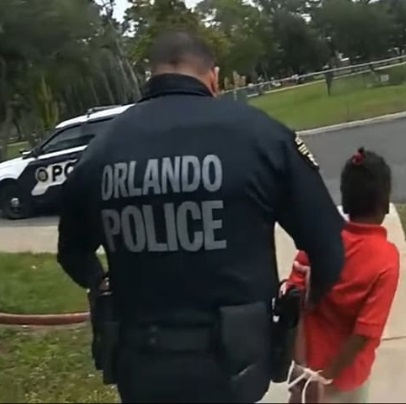 The body camera footage showing the arrest of a 6-year-old Florida schoolgirl has been released, eliciting outrage from viewers.

In 2019, an Orlando school resource officer arrested two 6-year-old children as a result of an in-school tantrum. One of the kids arrested and placed in handcuffs is Kaia Rolle.

At the time, Kaia's grandmother, Meralyn Kirkland said she was shocked when she got a call saying a school resource officer at Lucious and Emma Nixon Academy has arrested her 6-year-old grandchild . 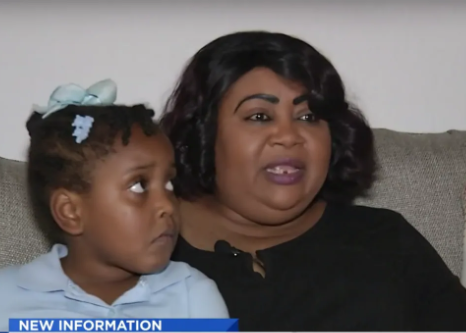 Kirkland said Rolle was acting out in class, a side effect of a lack of sleep from a medical condition, so she was sent to the office. While Rolle was there, a staff member grabbed her wrists in order to calm her down and that's when she lashed out and kicked, according to Kirkland.

Dennis Turner,  the officer involved in the arrest, was fired last year amid growing outcry. Orlando Police Chief Orlando Rolón said Dennis Turner did not follow the department’s policy requiring approval from a supervisor for any arrest of a minor younger than 12.

The harrowing video of Kaia Rolle's arrest has now been released. It shows her sobbing as she pleads with a police officer not to take her away. But the officer ignored her and zip-tied her arms behind her back before taking her away.

The video has angered people all over again and they've taken to various social media platforms to rant.

One of those who condemned the arrest is T.I. He shared a video of the arrest and wrote:

This shit is DEPLORABLE ?? I AM APOPLECTIC ?? The entire staff at this school who allowed this along with the officers who carried out the unlawful abduction of this innocent child SHOULD BE REMOVED FROM ALL ACTIVE DUTIES IMMEDIATELY & HELD TO MAXIMUMACCOUNTABILITY?? We as a community owe this child SWIFT ACTION & ULTIMATEJUSTICE ??

Anyone with any answers,suggestions,leads,or direction to how I can be helpful in getting justice for this beautiful baby PLEASE HIT ME. If this was my child I'd be on my way to prison?? WE MUST PROTECT OUR WOMEN AND CHILDREN ??By any means ??THIS IS UNACCEPTABLE ?? I'm LIVID?? I'm not even involved or related to this baby & I FEEL LIKE I FAILED HER??

I'm soooo sorry this happened to you love... these people aren't fit to share the same air as you let alone be authorized to dictate or discipline your actions in ANY WAY??

Now They Themselves MUST BE DISCIPLINED TO THE MAXXX?? Fuckin Cowards??Y'all deserve all the trauma and fear y'all caused this baby... #OnGOD @shaunking @tamikadmallory @cthagod @attorneycrump @davidbanner @killermike @traeabn WE MUST link up to bring IMMEDIATE JUSTICE to this family.... HIT ME ASAP PLEASE?? 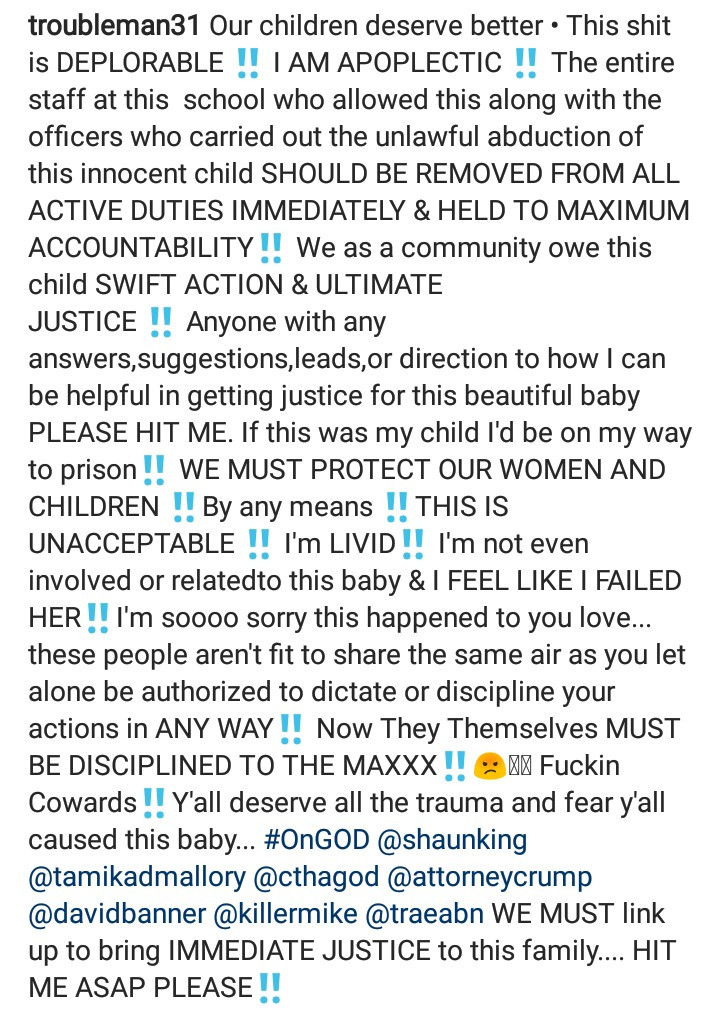 Dababy responded: "They would’ve had to give me the death penalty behind mines."

The arrest of Kaia Rolle elicited an outcry last year as people questioned why a 6-year-old should be arrested for throwing a tantrum. . . A video of the arrest has now emerged and it's harrowing.