A man who spent 23 years in prison for a crime he didn't commit has received compensation for his troubles. 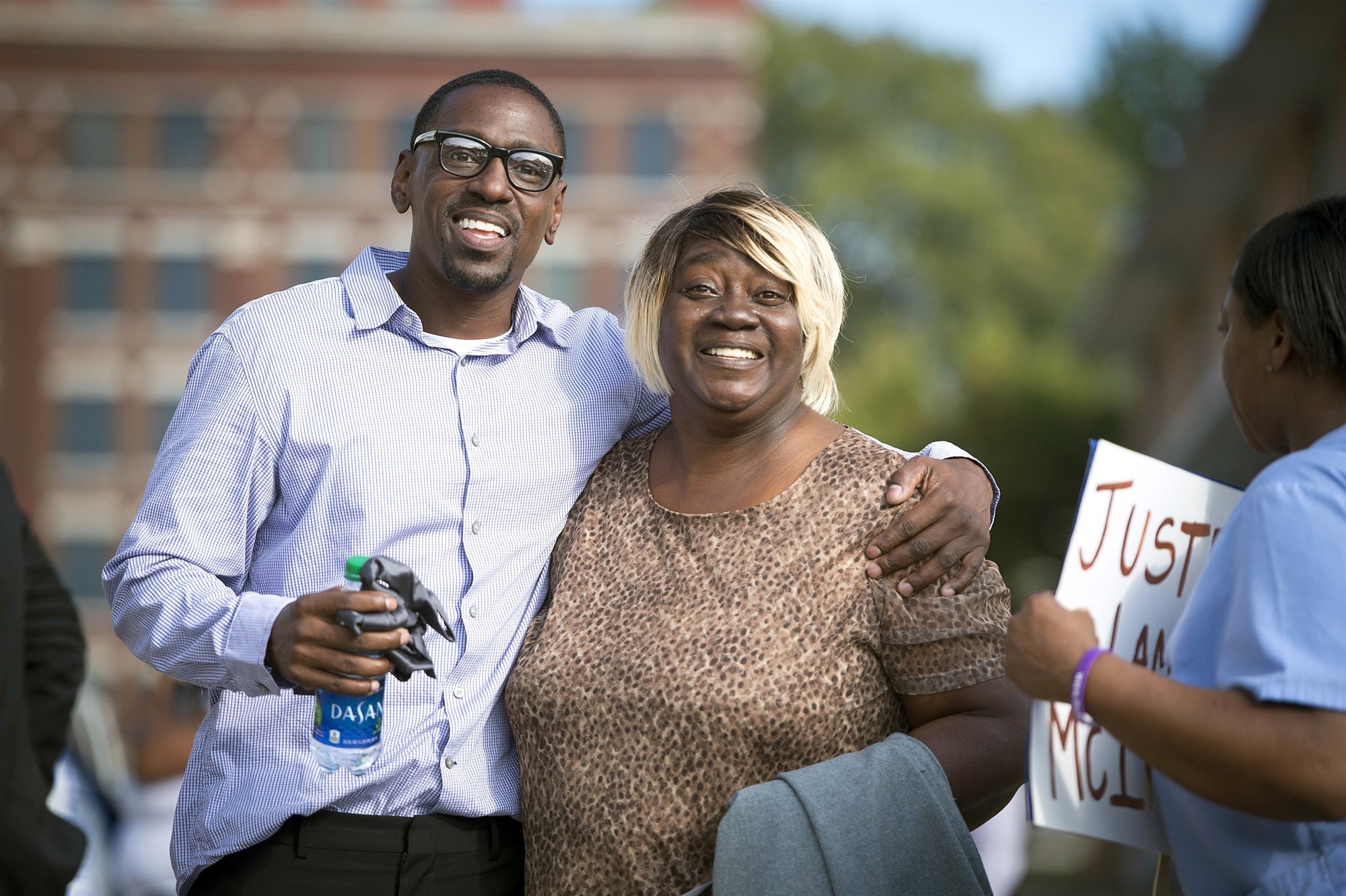 Lamonte McIntyre, left, who was imprisoned for 23 years for a 1994 double murder in Kansas walks out of a courthouse in Kansas City, Kan., with his mother, Rosie McIntyre on Oct. 13, 2017.

A Kansas man awarded more than $1.5 million (N548 million) on Monday after spending 23 years in prison for a double murder he did not commit plans to continue his fight against those responsible for his nightmare, his attorney said.

In addition to the monetary compensation, Lamonte McIntyre of Kansas City, Kansas, also received on Monday a certificate of innocence from Shawnee County District Judge Teresa L. Watson as part of a resolution of a mistaken-conviction lawsuit McIntyre filed last year.

“Today, Lamonte McIntyre has been declared, finally and conclusively, a completely innocent man,” his attorney, Cheryl Pilate said in an emailed statement.

“That long-overdue recognition, along with the statutory payment and other benefits, will help lighten a bit the heavy load he has carried. Lamonte is grateful for the benefits of the compensation statute, but he knows his fight for justice is far from over.”

McIntyre was 17 in 1994 when he was arrested for the killings of 21-year-old Doniel Quinn and 34-year-old Donald Ewing, even though no physical evidence or motive tied him to the crimes.

McIntyre received two life sentences in their deaths, but he was freed in 2017 after a local prosecutor asked the court to vacate his convictions and to drop all charges, calling his case an example of "manifest injustice."

Documents made public during an 8-year effort to exonerate Lamonte McIntyre allege the homicide detective on the case used his power to prey for decades on African-American women, including McIntyre's mother. They also accuse the prosecutor of intimidating witnesses who told her McIntyre was not the killer. And they say the presiding judge had a romantic relationship with the prosecutor before the trial that neither disclosed at the time.

McIntyre's attorney said on Monday that the family will continue with their separate federal lawsuit against the Unified Government of Wyandotte County and Kansas City, Kansas, and the individual officers who they contend are responsible for their 23-year nightmare.

“The individuals involved twisted the justice system to serve their own ends, not the needs of the community or the goal of truth-finding," Pilate said. "No justice was served by their actions, and a full accounting of their wrongful conduct must occur.”

The McIntyre's case was one of several that prompted the law requiring the state to compensate victims of wrongful convictions. Schmidt, a Republican, had received bipartisan criticism for resisting McIntyre's compensation claim while agreeing to two others.