The story has been told of a former NNPC staff who lay in the mortuary for four long years over a family squabble. 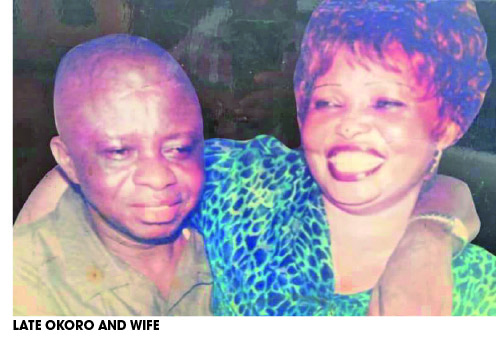 If the dead can speak, Mr. Eze Emmanuel Okoro, ex-staff of Nigerian National Petroleum Company (NNPC), would have queried those who kept his body in the mortuary for four years or why they chose to treat his body so shamefully as if he did not make money, or did not live like a man who saw money before he died. In this season of Lent, he would have demanded that they go for confession over their misdemeanour and public show of shame. But the dead, they say, don’t talk.

So it is with Okoro, 62, of Umuebe Ezimba Emii in Owerri North Local Government Area of Imo State who died on April 16, 2016, after a protracted battle with diabetes. But his body was not interred and his soul allowed to rest until February 11, 2020, two months shy of four years after his death. What was the cause of the prolonged delay for the internment? Family squabble!

Death and its ugly fallout

The man who retired as NNPC staff in Port Harcourt in 2009/2010 was initially married to Justina, his first wife, with whom he had three children, before she died. After her death, he married his second wife called, Okechi, now 53, (nee Chinagorom), of Umakakpoche, Akalovo, Emekuku, in Owerri North Local Government Area, of Imo State. But unfortunately, they had no kid for the three years, they lived together as husband and wife.

When he became sick and was diagnosed as diabetic, Okechi was said to have moved him from his compound to her father’s compound for treatment. It was while he was there that he lost out in the battle for life and succumbed to death on April 16, 2016. But if while he was alive someone had told him that his body would lie in the mortuary for almost four years, over family squabbles, he definitely, would not have believed.

Well, that was what eventually happened. Trouble started when, after his death, his second wife, Okechi, in the company of her younger brother, Bob Chinagorom, took his body and deposited it at the Holy Rosary Catholic Hospital Mortuary, Emekuku, allegedly without Emmanuel’s family’s knowledge and consent. Upon receipt and admission of the body, the hospital authorities in charge of the mortuary duly issued his wife with body tally tag card, as it is the  common practice, to ease transaction on the day of collection of the corpse for burial. But the collection did not take place until four years later owing to the hospital’s refusal to release the body to Emmanuel’s family and kinsmen without sighting the tally card number issued on the day the corpse was taken to the mortuary. Meanwhile, attempts to retrieve the card from Okechi proved abortive as she vowed not to release it until the family of her late husband agreed to share his property.

It was only through the intervention of the Imo State Comissioner of Police and the co-operation of Mrs. Okoro’s younger brother, Bob Chinagorom, who swore to an affidavit that the mortuary tally card was lost that made it possible for the corpse to be released for proper burial on February 11, 2020, in his compound.

Describing the situation as very unfortunate, a relation of the late Emmanuel, Mr. Anthony Egbujor Okoro who spoke to Saturday Sun condemned Okechi’s attitude. He further berated her over her refusal to attend the burial in order to pay final respect to her late husband. He said: “It is unbelievable that my uncle, Mr. Eze Emmanuel Okoro’s corpse, was abandoned by Mrs. Okechi Okoro since four years ago at Holy Rosary Mortuary as she took the mortuary’s tally card away and insisted we have to share her husband’s property before we can be allowed to bury him. We called her for dialogue but she refused to honour our invitation.”

Then he explained how the burial was made possible  through  police and elders’ intervention. “We have to write a petition to the Commissioner of Police, Imo State Police Command in 2019, titled “Petition to expose my father’s second wife’s wicked attitude towards my late father.” It was written by my late Uncle’s daughter, Chioma Okoro, and son, Kingsley Okoro. And the case was minuted to the SIB department and they told us to look out for Mrs. Okechi Okoro and inform them anytime we see her.

“Since my late uncle died on April 16, 2016, and his corpse was deposited in the mortuary, the bill accumulated. It was eventually put at one million and thirty-nine thousand naira. The elders appealed to his wife’s younger brother, Bob Chinagorom, who agreed to do an affidavit on that matter. Later Bob went to High Court Owerri, did the affidavit and went to the State C.I.D Owerri which gave us  permission to bury my uncle on February 11, 2020.”

The daughter of the deceased, Chioma, confirmed her uncle’s story. “Since my stepmother took away the tally card insisting until my father’s family share the property before she will release the corpse, whenever I slept I would dream about my father appealing to me to try and bury him. I quickly called one of my uncles  and narrated my experience to him. We thank God that we have finally buried my father.”

When our reporter contacted the various authorities involved, they confirmed the accounts to be true but when Mrs. Okechi Okoro  was contacted,she claimed that it was a wrong number that was being  called.

The deceased’s family speaking through Anthony further appealed to NNPC to ensure that justice is done  in the matter. “The whole family want the NNPC to have it in mind that my late uncle, Mr. Eze Emmanuel Okoro has children who will collect his gratuity which he laboured for, for 35 years,and this is why  we are calling on NNPC to take the right steps  on this issue.”