Face Of 27-Year-Old Man Who Macheted 50-Year-Old Woman To Death In Ogun, Cut Off Her Hands


A young man has been nabbed after he reportedly killed a 50-year-old woman in a really brutal fashion. 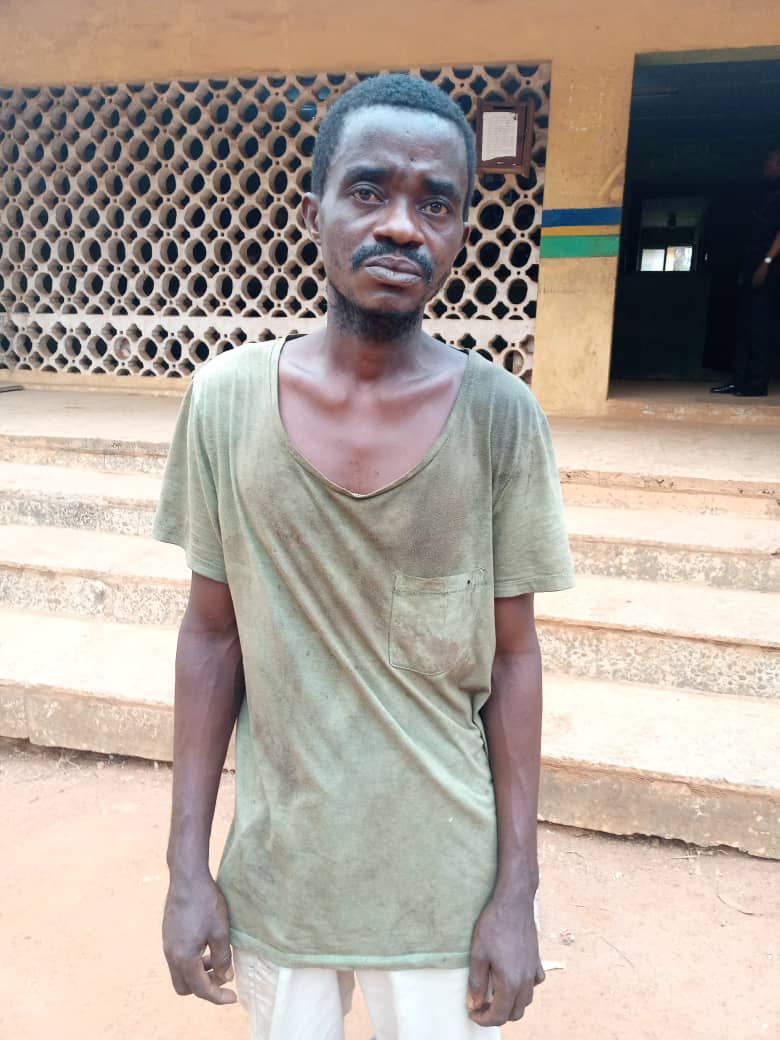 According to The Nation, the police in Ogun State have arrested a 27-year-old man for allegedly killing his 50-year-old neighbour.

The suspect, Ejike Okata, the police said, allegedly butchered the woman identified as Adeyiba Oladipupo on Friday at Ayegbami in Ijebu Ode following a disagreement.

Trouble was said to babe started after the woman allegedly accused Okata of phone theft.

It was gathered that the suspect picked up a cutlass and butchered the woman, cutting off her hands in the process after which he fled.

He was however arrested yesterday while trying to board a vehicle to his hometown in Ebonyi State following a report filed by the deceased’s younger brother at Obalende Division.

According to police spokesman Abimbola Oyeyemi, the Divisional Officer (DPO) in charge of the station CSP Omonijo Sunday led detectives on a man-hunt for the suspect who was picked up while attempting to board a bus to Ebonyi State.

“Detectives visited the scene and recovered the corpse to Ijebu Ode General Hospital mortuary for autopsy. Serious manhunt was launched for the fleeing suspect.

“The efforts of the detectives yeilded positive result on March 1, when the suspect was about boarding an Ebonyi state bound motor but was apprehended by policemen who have already laid ambush for him due to intelligence information they got.

“On interrogation, the suspect, a native of Onueke in Eza South Local Government Area of Ebonyi State confessed matcheting the deceased to death because she accused him of stealing a phone which infuriated him.

“He confessed further that he cut off the woman’s two hands because she wanted to struggle the cutlass with him.

“The Commissioner of Police (CP) Kenneth Ebrimson has ordered the immediate transfer of the suspect to homicide section of the State Criminal Investigation and Intelligence Department (SCIID) for further investigation and prosecution.”