So Sad! At Least 30 Persons Killed After Gunmen Invaded Villages In Kaduna 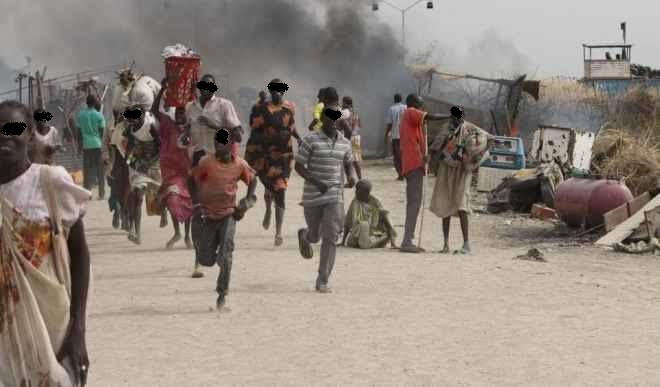 File photo
Some gunmen have stormed villages in Kaduna state leaving at least 30 people dead.
According to Channels Television, the gunmen attacked some villages in Igabi and Giwa local government areas of Kaduna State.
The affected villages are Kerawa, Rago, Marina, Zariyawa, Hashimawa, Gidan Musa Saidu, and Unguwar Barau.
Although the police authorities and Kaduna state government are yet to confirm the attack, an indigene of Giwa local government told Channels Television that Troops of the Nigerian Army and Air Force launched offensive attacks against the bandits and in the process, killed many of them.
Sources also said that the bandits launched the attacks in what seems like revenge against the villagers who they accused of providing information to security agencies which resulted in the killing of their members.
As at the time of filing this report, the military is still carrying out offensive attacks on camps occupied by the bandits inside the thick forests within Giwa, Birnin Gwari and Igabi local government areas.
Top Stories