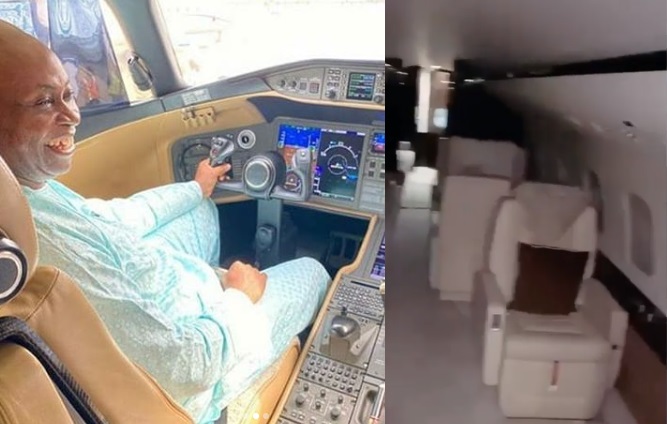 The video of the interior of Prince Adedeji Adeleke's private jet, has surfaced on the internet.

The footage which was captured by one of his sons, Adewale Adeleke, who recently got married, shows the interior design of the 19-seater Bombadier Global Express 6000 worth over $62million.

Earlier before now, singer Davido had taken to social media to congratulate his father.

He had earlier announced a few days earlier about the purchase of the private jet. At that time, we weren’t sure if he was the one who bought it for himself or it was another acquisition by his dad.

See The Video Below: