A Nigerian lady took to Twitter to narrate her ordeal after working with a SAN who has a god-like complex. 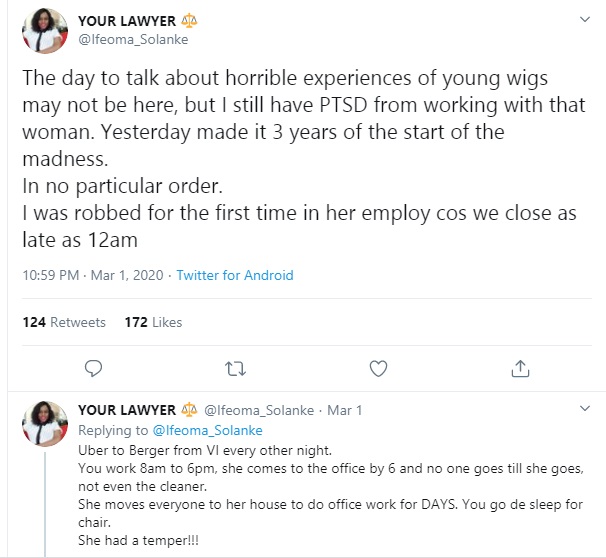 A Nigerian lawyer has narrated how she began battling with Post Traumatic Stress Disorder (PTSD) after working with a female Senior Advocate of Nigeria (SAN) who reportedly has a god-complex.

@Ifeoma_Solanke who marked 3 years of battling with the disorder on Twitter, recounted the challenges she faced while working with the SAN which include being robbed, getting home late every day, not receiving her salary on time and not having time for her family. 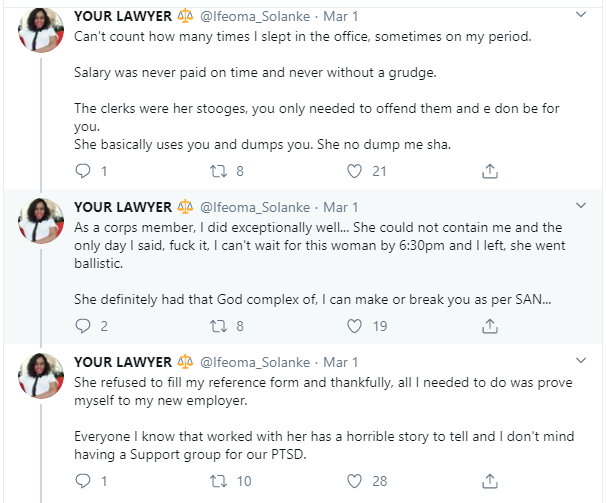 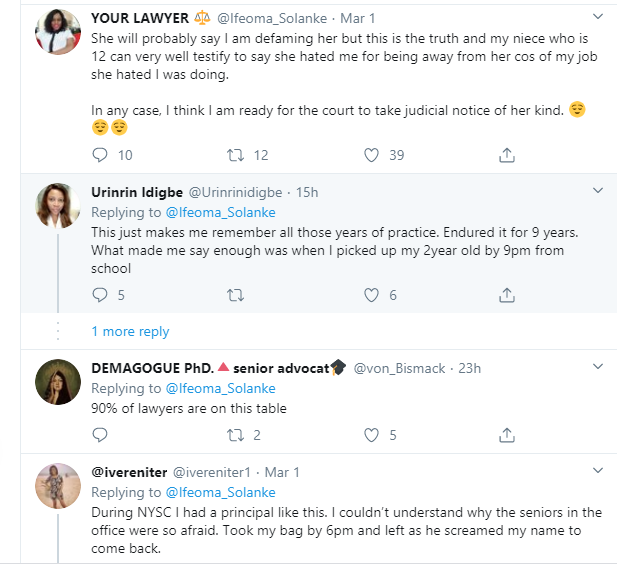