Justice Akon Ikpeme's confirmation as the chief judge of Cross River state has been rejected by the assembly. 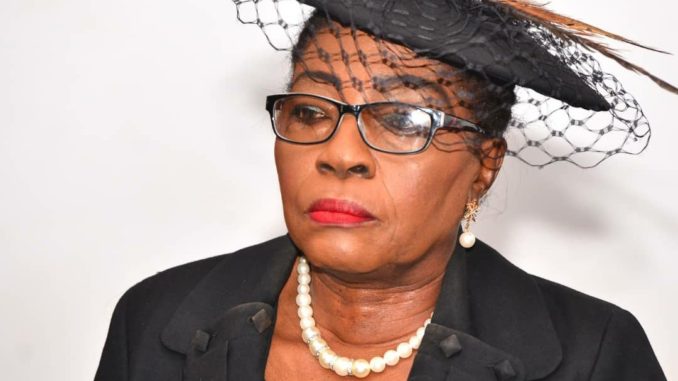 Justice Akon Ikpeme
The Cross River State House of Assembly yesterday rejected the confirmation of Justice Akon Ikpeme as substantive Chief Judge (CJ) of the state.
The house rejected her because she's from Akwa Ibom state.
However, a report by GuardianNg revealed that Governor Ben Ayade had not been favourably disposed to the nomination of Ikpeme since she hailed from Akwa Ibom State although married to a Cross River man.
To sustain his position, Ayade had inaugurated a separate State Judicial Service Commission (JSC), which nominated a junior judge, Justice Maurice Eneji to the National Judicial Council (NJC) as Acting Chief Judge.
But based on its stand on seniority irrespective of where judges hail from the NJC in December last year nominated Justice Ikpeme as presented by another JSC headed by then Chief Judge of the state, Justice Michael Edem as Acting Chief Judge.
She acted for three months.
The Assembly was to seat last Friday to deliberate on her confirmation, but most of the members stayed away as it was alleged that the executive induced them with N500,000 each to work against her confirmation.
The House was filled with tension yesterday when the matter came up for debate with security agents maintaining strategic positions outside the Assembly chamber to forestall any crisis as courts in the state remained closed in protest against her confirmation.
When deliberation came, two opposing reports were presented for consideration indicating that the Committee on Judiciary that handled the matter may have been divided over sentiments and financial inducement as a faction of the committee led by its Chairman, Efa Esua cleared Ikpeme for confirmation, while another led by Godwin Akwaji (Obudu State constituency) and five others recommended that Ikpeme be rejected because she was not from Cross River State.
Following the confusion, the House after heated debate rejected both reports and a committee of the whole house ultimately rejected her confirmation through a voice vote, a situation for which some members condemned the presentation of two reports.
Also, representative of Bakassi, Ekpo Ekpo Bassey cautioned the house against setting a bad precedence, saying, “This is my fifth year in the House and I have never seen two reports being presented to the House from a committee.
“The House has to be on the side of justice at all times and avoid setting a bad precedence. We need to strengthen institutions and avoid sowing seeds of ethnicity and disunity in the House.”
Top Stories