Losing My Sister To My Boyfriend Made Us Closer - Twitter User


A lady took to twitter to narrate how she lost her boyfriend to her sister and how they are still in good terms. 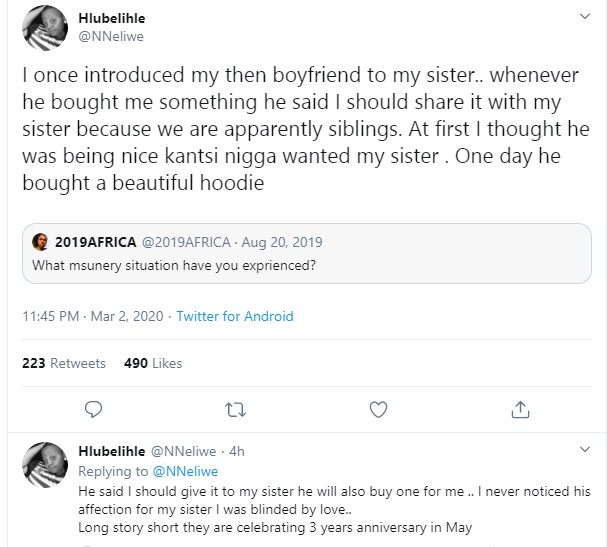 Losing My Sister To My Boyfriend Made Us Closer

A woman on Twitter  took to the platform to narrate how she lost her boyfriend to her blood sister three years ago.

@NNeliwe disclosed that she was blinded by love and never noticed her boyfriend's "odd affection" for her sister at that time.

She however revealed that she is now closer to her sister who she lost her boyfriend to and can't let a stranger deceive them into living apart.

Read her tweets below; 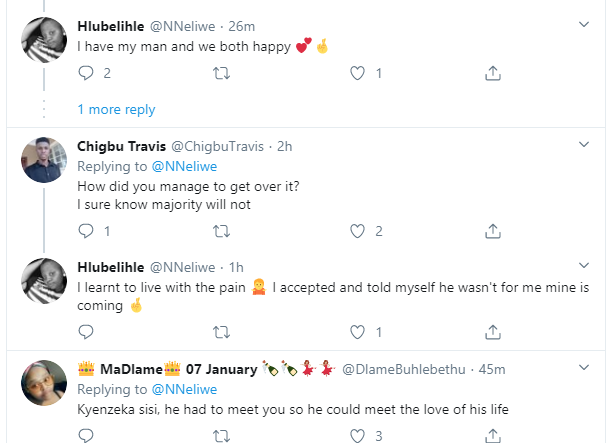 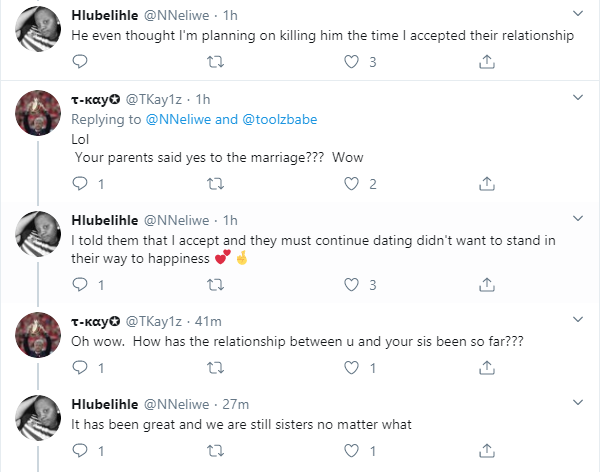