A Nigerian university student has been reportedly stripped half-n*ked for wearing a kind of jean to campus. 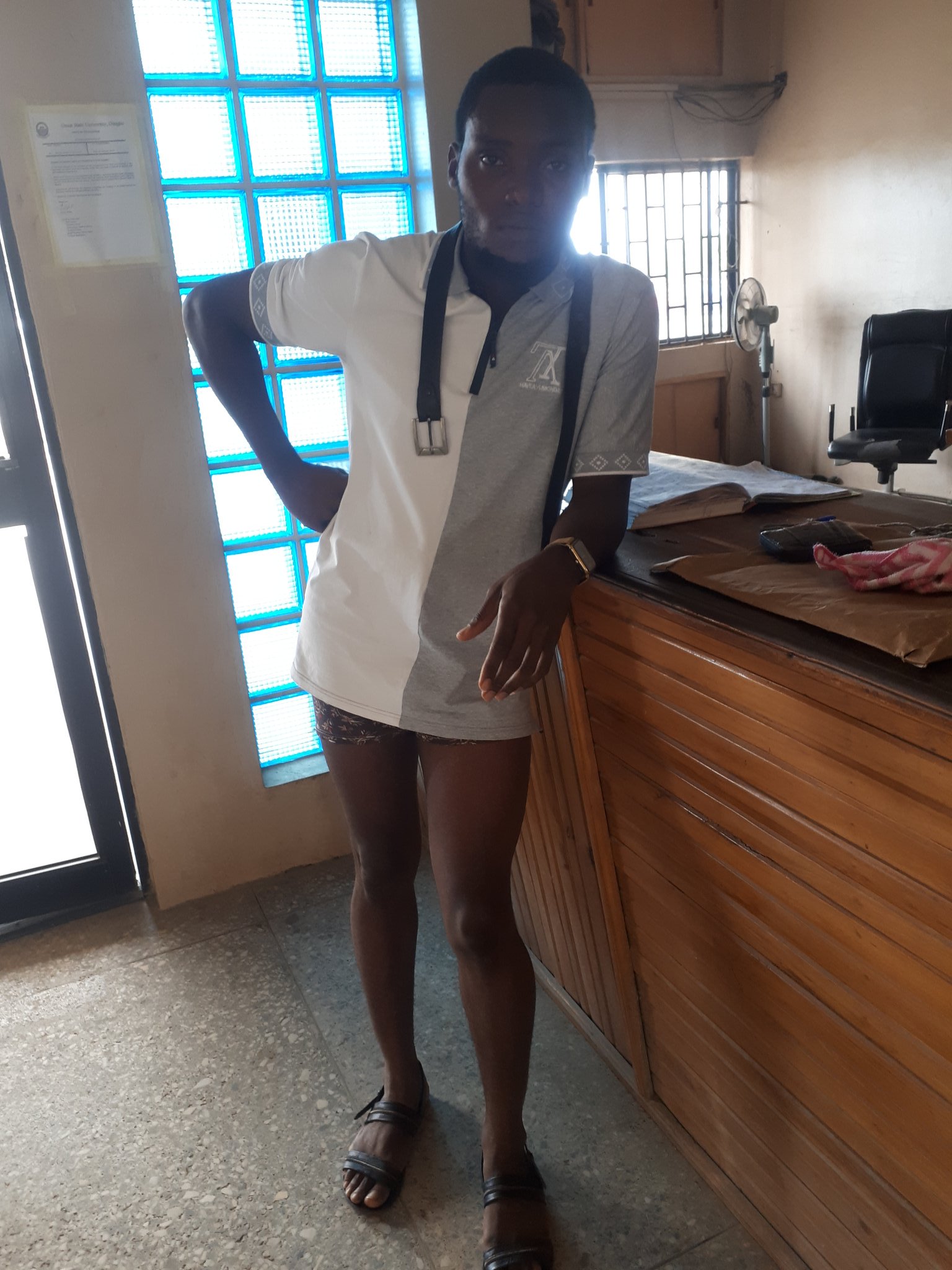 The student was stripped of his jeans

A Nigerian university student has taken to Twitter to complain bitterly about the treatment he was subjected to recently when he got to campus.

The student identified by his Twitter handle, @tatuu_media happens to be a graduating student of the University of Osun.

In his tweets, he revealed that he had gone to school to complete his clearance when the incident happened. He explained that it was the Vice Chanvellor himself that stripped him half-n*ked for wearing 'inscribed jeans'. He was then made to walk around campus in his underwear to find new trousers.

He also revealed that there were other students who suffered the same fate as he.

He wrote: "Today, I was striped naked for wearing an inscribed Jean to uniosun osogbo campus for clearance By the VC himself @StateofOsun

"I was left to walk around the school premises to get another cloth for myself and it was not only me... There were other students involved too"