People have narrowly escaped tragic death after a bus went crashing into an electric pole in Kaduna. 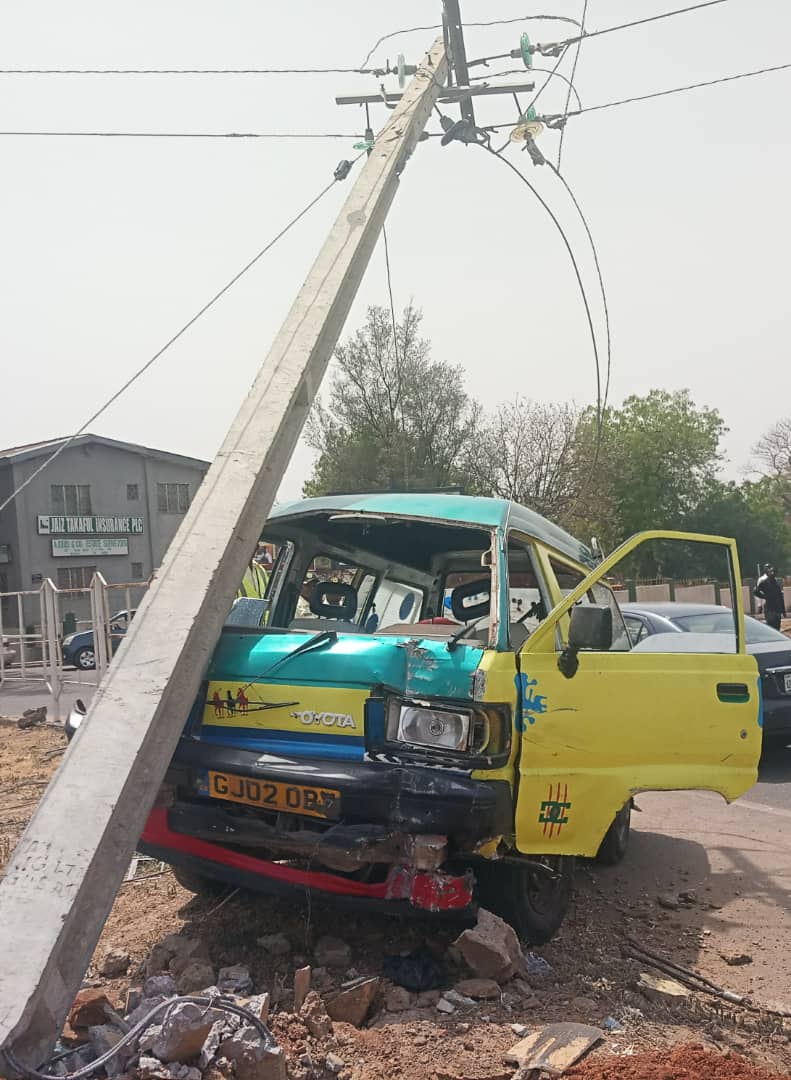 Independent reports that a passenger bus on the 4th of March 2020, ran into an electricity pole along Singer Roundabout, Ali Akilu way, Kaduna.

According to Kaduna State Traffic Law Enforcement Agency (KASTELEA) officials, the bus, followed one way and had break failure which led to the breaking of the electricity pole and forceful disconnection of service lines thereof.

Independent gathered that no life was lost but some passengers sustained deep cuts.

The incidence occurred at about a 1:50 pm.