The man was nabbed at a telecommunication mast along the Abuja Airport road following a distress call. 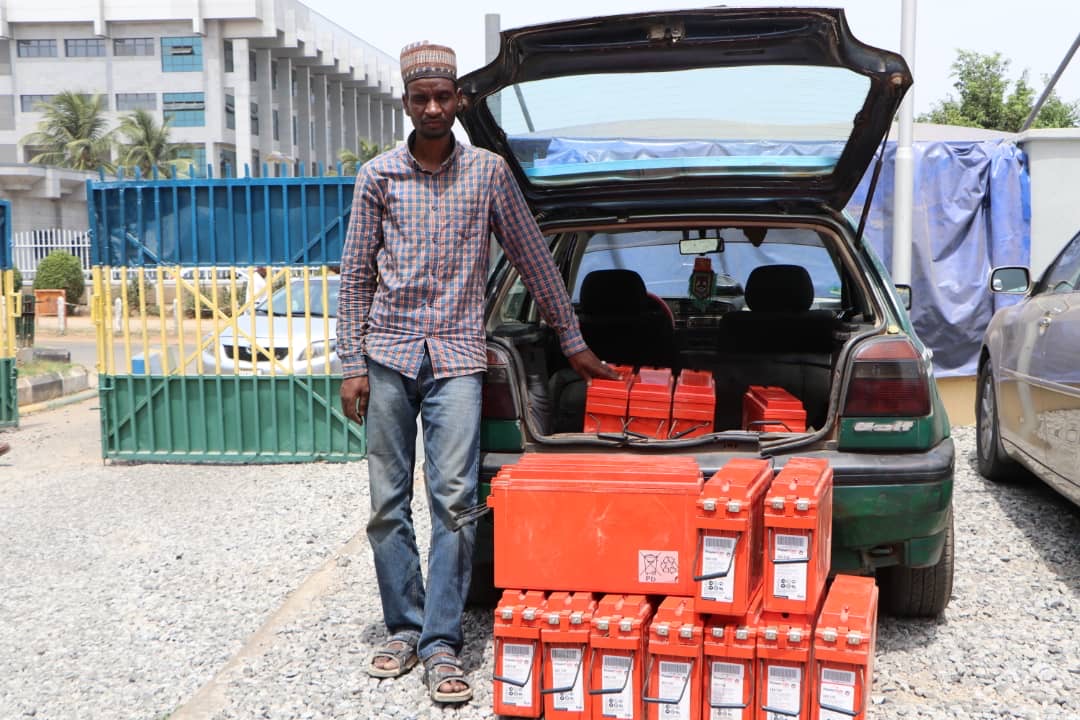 According to Sun News, the Federal Capital Territory (FCT), police command has arrested a 38- year-old man for stealing 16 inverter batteries belonging to a telecommunications company in Abuja.

The suspect, Balleri Gagari was arrested by men of the Rapid Response Squad (RRS), at a telecommunication mast located at Gosa, along the Abuja Airport road following a distress call from residents of the village.

Police Public Relations Officer in charge of the command, Anjuguri Manzah, who made this known in a statement said the police also recovered a golf car with registration number KUJ 610 XU, with which he wanted to convey the batteries.

Manzah, said: “The FCT police command on Wednesday, March 4, 2020, at 04:00hrs intercepted and arrested one Balleri Gagari ‘m’ 38 in possession of 16 back up batteries vandalised from a telecommunication mast located at Gosa, Airport road.

“The suspect was arrested by operatives from the Command Rapid Response Squad (RRS) while responding to a distress call that some robbers invaded a facility housing a telecommunication mast that belongs to ATC Nigeria, and stole 16 backup hybrid batteries. A golf car with registration number KUJ 610 XU, painted in Abuja Taxi colour was recovered from the scene as an exhibit, alongside the 16 backup hybrid batteries.

“Other members of the gang fled the scene when they sighted the police patrol team. The command is intensifying effort to arrest other suspects that are now at large. The suspect will be arraigned in court upon the conclusion of investigation

“The command wishes to restate its commitment to protect installations and critical infrastructures in the Federal Capital Territory.”